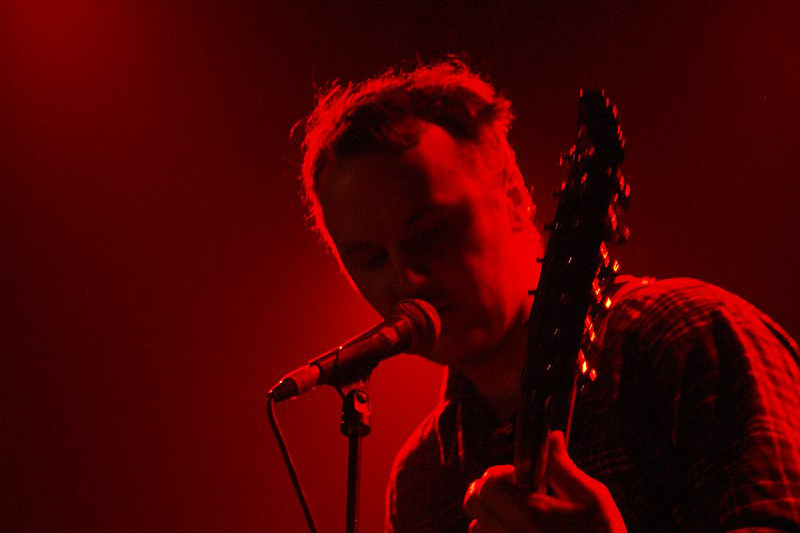 Mount Eerie’s “(after)” is a live attempt at recapturing the raw emotion of grief expressed in two previous albums, “A Crow Looked at Me” and “Now Only.”

Recorded live from a performance on Nov. 10 of last year in the Netherlands at Le Guess Who? Festival, the album features a solo Phil Elverum. It was released on Sept. 21.

The live arrangement features the same sparse styling found on the previous two albums, focusing on Elverum’s voice and a single guitar. In the first song, which is also the first track on “A Crow Looked at Me,” he opens with the lines asserting that death is real and that “it’s not for singing about; it’s not for making into art.” Just in these first few lines he contradicts himself, pouring his thoughts into songs for public consumption.

Weaving in and out of ballads – all written after his wife’s sudden passing due to cancer in 2016, leaving Elverum and their young daughter behind – he tries to make something productive out of his grief. He fights his own moral compass and forces himself to come forward with private thoughts. In essence, the album is his attempt to draw water from a stone and then turn it into wine once again.

Though critics had a hard time reviewing Elverum’s recent efforts – largely due to the sheer intimacy of the lyrics that made it almost as if reviewing someone’s private journals – it is worth noting the extra element of an audience presented on this album.

While similar in content, production, and arrangement to his past studio albums with barebones, lyrically-driven songs and not much of a different take on them, a heavier weight hangs as he hands over his thoughts to a live audience and puts the onus on them to determine their personal connection to the content and the appropriate reaction.

In the liner notes of the album’s digital release, Elverum explains, “After the first song, every time, there was a palpable hanging question in the air: ‘Should we clap?.’ It's a good question. What is this? Is it entertainment? What is applause for? What kind of ritual is this?”

These songs are admittedly not very musical, often holding onto the same notes and playing similar riffs on guitar with no real hooks or anything intricate. To do so in this case would take away from the impact. All the grit and effect comes from the lyrics that read more as prose than poetry and offer a perspective that may at times even be uncomfortable.

This is not an album to which one would casually listen but something to devote one’s full attention.

During Elverum’s track titled “Remarks” in one of the final moments of the album he proclaims, “This is intense.” For songs that already were extremely personal, hearing the songs in a different context after leaving his home studio adds something else that was not necessarily lacking from the previous albums, but puts it in a different perspective.

Instead of hearing a man sitting alone in a room where he had painstakingly recorded his thoughts while playing his late wife’s instruments, one hears him share in his grief with strangers in a situation both awkward and oddly comforting. The cognitive dissonance stemming from his own hesitance to share and yet marketing and performing an album to thousands of people becomes more apparent when listening to these recordings: death is real and what is the appropriate response?

The context of an album like this forces the listener to think the best way to both express and respond to grief. This is an album to which is not to be listened for music’s sake, but for the story, the shared emotions, and the understanding of one’s deeper feelings to both confront and comfort.