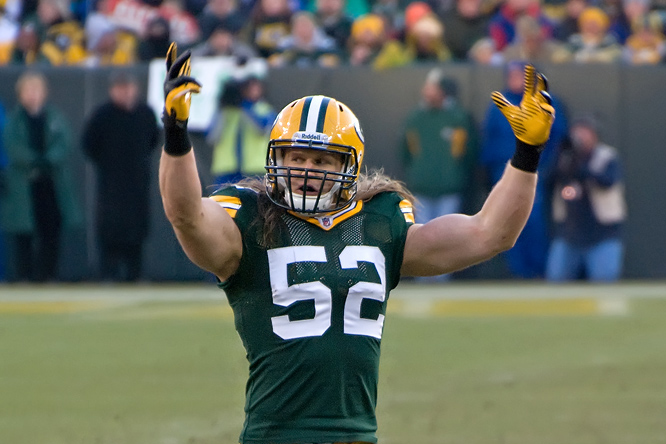 The NFL has found itself at the forefront of truly spectacular controversies over the past few seasons.

While Colin Kaepernick protests and the raising of fists transcends the gridiron into the societal responsibility and consciousness of athletes and fans alike, football is also embroiled in a profound debate about the nature of the sport itself.

The NFL’s latest addition to the rule book, its new “roughing the passer” rule, is perceived to be a restriction on not only the aggressiveness of defensive players as enjoyed by spectators, but also an affront towards what many see as a pillar of the sport itself.

Green Bay Packers linebacker Clay Matthews is easily the most visible casualty of this rule.

Three consecutive weeks of roughing the passer penalties at his hand have left defensive players dumbfounded and Packers head coach Mike McCarthy redirecting the functions of his cardiovascular system up into his angry face.

Much of the general understanding of the rule very reasonably calls for the elimination of scooping up quarterbacks and pile driving them into the field with reckless abandon.

Matthews, and many other cases however, do not violate this restriction. It is the mention of body weight against the quarterback that has turned basic tackling into a heated point of contention between fans and the NFL's safety department.

This has allowed officials to call for roughing the passer on plays where the tackle was legal, but in the process of hitting the ground and adhering to gravity, the pass rusher lands atop the quarterback.

I understand the NFL’s expansion of safety measures in response to increasingly horrifying information about concussions and in no wish to see players decapitate. That being said, something has to give. To sack a quarterback, or tackle in general, you quite literally have to leverage your body weight against the opposing player’s balance.

Coming in at the speeds they do, I do not see how many of these flags could be avoided. Many of us are really not sure what there is for defensive players to do. Ignoring the questionably aggressive takes, which gravitate toward violence over integrity, shows that there is a fundamentally dire debate here.

It also poses one of the greatest existential uncertainties football has ever had to face since it allowed “Air Bud: Golden Receiver” to release itself to movie box offices.

The calls on Matthews, all three times, were congruent with the state of the rule. The officials on the play were indeed justified in throwing the flag. The resistance is not toward the rule being improperly called, its that the rule exists at all in the first place.

I really struggle to find myself understanding this rule to where it won’t violate a functionally integral aspect of the game. I eagerly support a safer sport. I do not, however, support a neutered one.

There has to be a better way to channel policies of bodily protection without compromising a foundational principle. NFL Commissioner Roger Goodell has been an absolute magnet of vitriol for the sports fan sphere for a majority of his tenure. In his attempts to protects the quarterbacks of the league, he seems to have allowed for yet another brutal pile on to the NFL brass itself.