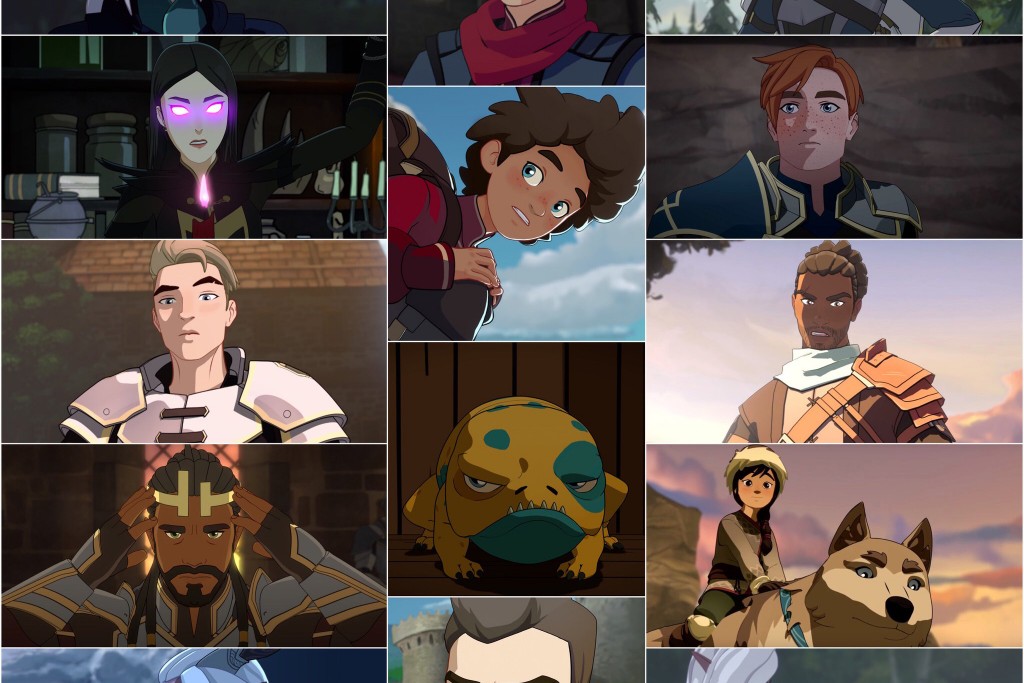 Aaron Ehasz is one of the many people who brought the world the animated TV show “Avatar: The Last Airbender” in 2005. For three years, the show received commercial and critical acclaim, spawning a sequel series, several video games and an adoring fan base.

Thirteen years later, with Bardel Entertainment and his new studio Wonderstorm, Ehasz has made yet another promising show with “The Dragon Prince.” Released on Sept. 14, this show has already seen success from both critics and fans, signaling yet another smash hit for Ehasz.

The show takes place in a fantasy world split in two, with humanity driven to one end of a continent by dragons and elves. In retaliation, the humans kill the dragon king and his egg, generating tension between the factions.

Years later, Prince Callum (Jack De Cena) and his half-brother Ezran (Sasha Rojen) are caught in the middle of an assassination attempt on both Ezran and their father, King Harrow (Luc Roderique). During the chaos, Ezran, Callum and the elf Rayla (Paula Burrows) discover that the dragon king’s egg was not destroyed, but stolen by the humans.

In order to prevent war, the three decide to undertake a journey to return the egg to the dragons, facing danger from both their environment and Viren (Jason Simpson), King Harrow’s old advisor.

While this premise may seem familiar to some, the show itself feels like a breath of fresh air. Characters’ relationships are established early on, with the chemistry between each character being well thought-out.

The three protagonists work off of each other through what they have in common and what they don’t, and their teamwork and reliance on each other is easily one of the driving forces of the show.

This also works for the comedic parts of the show, where the jokes succeed based off each person’s behaviors and how they work off each other.

Several prominent characters have disabilities. Most notably, the characters of Amaya, Callum and Ezran’s aunt are deaf and use sign language to communicate. The characters feel realistic and it’s likely all viewers will find a character they can relate to in some way.

While the world of the show is fictional, it ties to our own real world in many ways. The show plays on themes of acceptance and understanding between different cultures. Both the elves and humans view their respective enemies through a lens of prejudice.

The journey of the three main characters act as a catalyst to challenge what they were taught for years. Callum and Ezran have to readjust their point of view on elves, while Rayla goes from seeing all of humanity as monsters to calling her human companions friends.

These themes clearly stem from real-life issues in modern times, and while the message is conventional, the way the show handles it feels subtle and natural, as opposed to being heavy-handed and unsubtle.

However, this show is not without its flaws. The show has its own animation style that is distinct and its own. The animation is 3D, yet it often flows like a 2D animation, similar to that of “Avatar.”

While this style is usually impressive, there are more than a few times where it feels very choppy, making scenes feel incomplete. These moments made it feel like the show was rushed midway through production and felt rather disappointing.

Additionally, the show has moments and plot points that feel too close to Avatar, such as taking place in a world divided by events taking place prior to the show’s beginning. Both shows follow a band of misfits traveling together in order to save the world. This does not necessarily hurt the show, but it is underwhelming to see repeated plot elements such as those previously mentioned.

“The Dragon Prince” may take a few missteps during its nine-episode debut season, but it more than makes up for it with its design choices, lovable characters, witty comedy and overall charm. It may not be on the same level of expertise as “Avatar,” but with time this may come to fruition.

If you are looking for a show with charm that you can binge-watch for around four and a half hours, then look no further. This show displays it all with potential for much more growth that will keep both fans and newcomers wanting more.