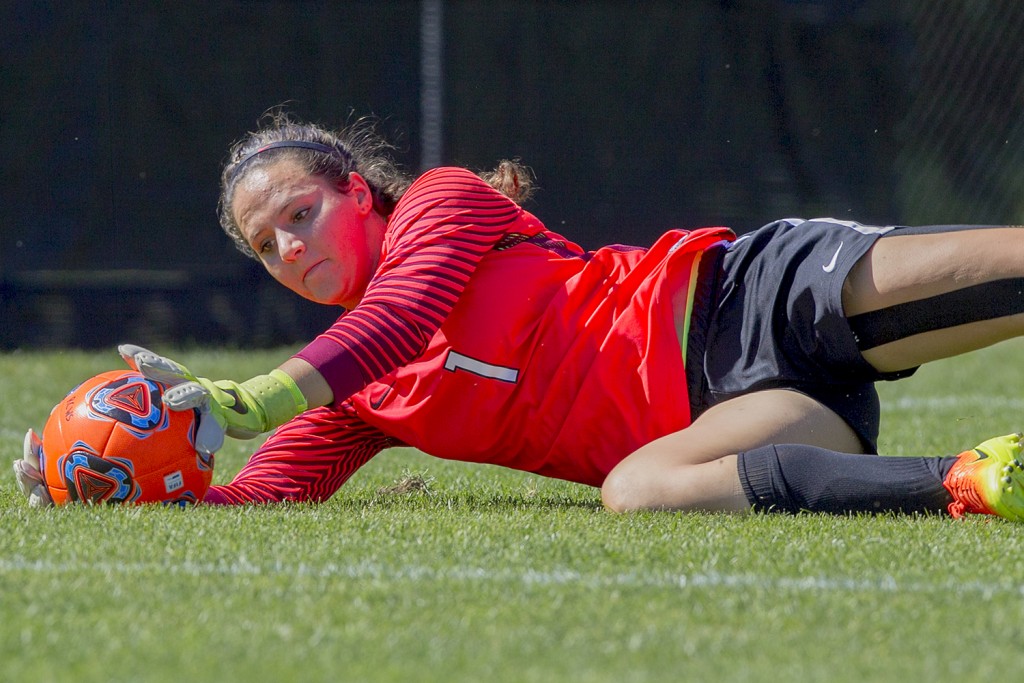 The Ramapo College women’s soccer team was shut out by Stockton University 6-0 on Saturday. The Roadrunners traveled to Galloway, NJ to compete with the Ospreys, but their efforts were just not enough. The loss dropped their overall record to 2-8, and 1-3 in the NJAC conference.

Ramapo was hungry for a win on Saturday, especially after suffering a tough 2-1 loss against Rutgers-Newark in a tight game the Wednesday before.

Although Ramapo might’ve been yearning for a win, Stockton still managed to get on the board early in the game with Salena Ledonne scoring the first two goals within the first six minutes of playing time. Later in the half, the Osprey’s scored again from about 15 yards away. The Roadrunners kept their momentum up, attempting to stay in the game with four shots on goal in that first half.

The Stockton Ospreys were up by three goals at the start of the second half, and evidently gained three more in the following 35 minutes with an end result of 6-0. In total, Stockton led with 24 shots to Ramapo’s nine. They led in shots on goal as well, 16-5.

Despite the end result senior Gabrielle Gentilucci put out three shots for the Roadrunners, one being a shot on goal. Two of her shots were headers: one was saved by the goalie and the other flew wide right.

Right behind her, junior Erika Signorie contributed two shots, both of which were shots on goal. Unfortunately, both were saved by Stockton’s goalkeeper. Other shooters throughout the game included #4 Amanda Gouldsbury, #10 Liliann Vizcaino, and #11 Kaelyn Angelucci.

Ramapo College’s goalkeeper Elizabeth Harvell played all 90 minutes of Saturday’s game and set a season-high of ten saves. After the loss, Harvell commented on her accomplishment, “It felt good having a season high saves. I wish the outcome of the game was a little better though.”

During her first season with the Roadrunners, Harvell played in all 15 games, logged 1,355 minutes in the net, and recorded a team high of 77 saves. The following year, Harvell continued dominating the net as she started in all 16 games, logged 1,440 minutes, and received NJAC Honorable-Mention All-Conference. This season as a junior, Harvell has played in every game up to this point and is continuing to show her worth in the net.

Next Saturday the Ramapo Roadrunners will be returning to action as they face Montclair State University. Harvell also commented about the upcoming game against MSU, “I feel hopeful going into the game on Saturday. We plan on working extremely hard this week as a team and preparing as much as we can for the game," said a hopeful Harvel. "Montclair is a strong team but I feel like there is a good chance we could come out with a win.”

Come support the Roadrunners this Saturday at the Athletic Center on campus at 1 p.m. Hopefully their hard work and preparation in the week to come will play out on Saturday to secure a victory against the Montclair State Redhawks.