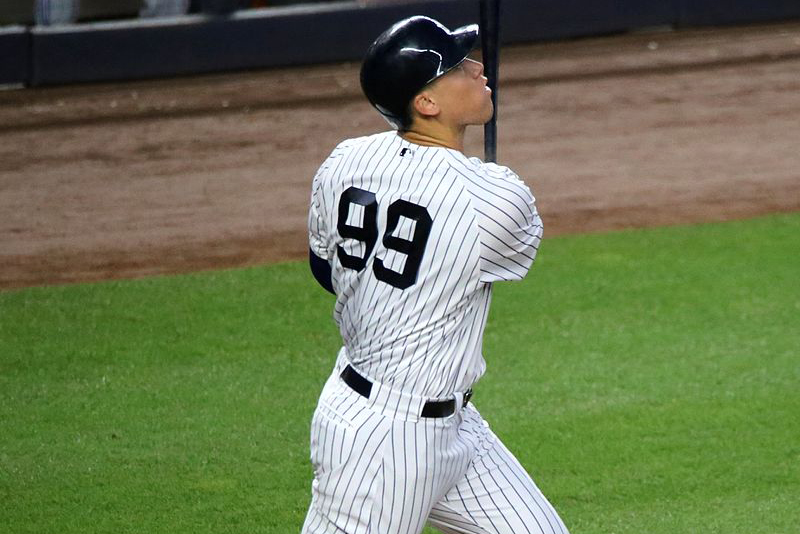 The stage was set for the AL Wild Card game, Manager Aaron Boone gave the nod to Luis Severino to start the Wild Card game for the Yankees, while A’s manager, Bob Melvin opted to go with a bullpen game.

Severino opened the game blazing, striking out the leadoff batter, left fielder Nick Martini with three pitches. He then got third baseman Matt Chapman to ground out, and proceeded to strikeout second baseman Jed Lowrie on five pitches.

After walking left fielder Andrew McCutchen, Yankees All-Star right fielder, Aaron Judge made sure to take full advantage. On the fourth pitch of the at-bat, Judge crushed a 96-mph fastball deep into leftfield, measuring a distance of 427 feet.

Going into the second inning, Severino found himself in a hiccup. After quickly retiring the first batter, Severino walked first baseman Matt Olsen, now having to face the hot feel good story Stephen Piscotty with a runner on first, trouble could be expected. Instead, Severino worked around the one out walk retiring Piscotty.

In the top of the third, the A’s tried to cause trouble for Severino. Shortstop Marcus Semien started off the inning with a walk, but Severino quickly struck out the next batter catcher Jonathan Lucroy, and had hoped to get out of the inning Martini hit a ground ball to first base that should’ve been a double play but first baseman Luke Voit bad throw to second forced Gregorius to dice for the ball.

Going into the top of the fifth inning, once again Severino got himself into trouble. After not allowing a hit through the first four innings, Lucroy hit a single to left field, and Martini followed suit by singling to right. Boone, turned to his bullpen. Reliever Dellin Betances, was called upon to work to get his ball club out of the inning unscaved. Betances won the power duel by striking out the man who 48 home runs during the season.

Holding on to just a 2-0 lead, the Yankees knew they needed to ice the game. Melvin, turned to reliever Fernando Rodney, to pitch the sixth.

Center fielder Aaron Hicks, lined up a double into right center scoring Judge and giving the team a 3-0 lead. After throwing a wild pitch to Giancarlo Stanton, Melvin, came out, removing Rodney, calling upon All-Star reliever Blake Treinen. Treinen retired the next batter to get out of the inning.

The seventh inning began with a bang when David Robertson came in relief for the Yankees. Semien smacked a line drive that appeared to look that it had a hit written all over it, but third baseman Adeiny Hechavarria leaped and made the amazing catch.

After the lead was cut to 6-2, Stanton took advantage of a tired Treinen who was back out there for the eighth. Stanton crushed a solo monstrous homerun over the left field foul pole. Melvin, having seen enough called upon Jeurys Familia to record the last two outs.

The lead was eventually extended by another run and the Yankees won 7-2.

The Yankees, will now be facing division rivals the Boston Red Sox in the American League Divisional Round. First game is Friday, Oct. 5.