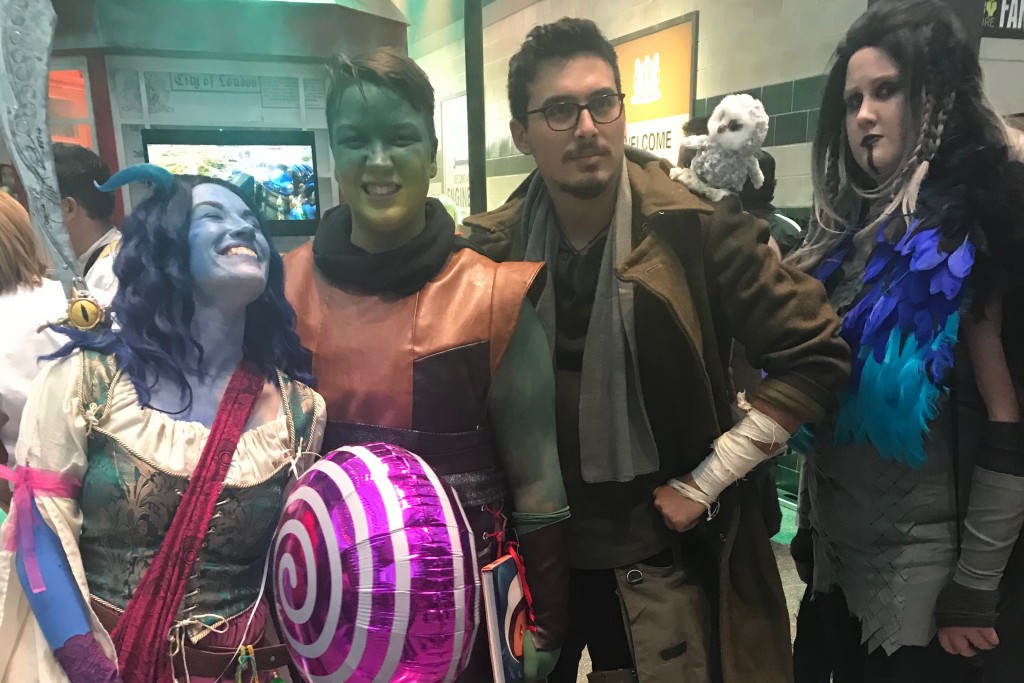 New York City is home to over 8.5 million people, numerous landmarks and one of the most popular conventions on the East Coast. From Oct. 4 to Oct. 8, thousands of people flocked to the Jacob K. Javits Convention Center to the 13th iteration of New York Comic-Con.

People from all over the world traveled to the convention, either in costume or not, to celebrate everything to do with pop culture, which included comic books, video games, television shows and anime.

Numerous artists and vendors set themselves up in the Artist Alley in order to sell their own works, which included posters, comic books, wooden carvings and even original commissions.

On top of that, with Comic-Con comes the cosplayers and a wide variety of people in costume celebrating the franchises they love and the characters they love to see.

The convention’s show floor was home to many attractions set up by popular brands, including ones sponsored by South Park, the upcoming M. Night Shyamalan movie “Glass” and the Paramount Network show “Heathers.”

Additionally, a number of booths were set up outside of the show floor, with brands including Nickelodeon, DC Comics, Harry Potter, the upcoming movie “Mortal Engines” and the shows “American Gods” and “Outlander.”

A new addition to the normal festivities this year was a new convention, a collaboration between New York Comic-Con and Anime Expo, officially titled “Anime Fest @ NYCC x Anime Expo.”

Located on Pier 94, this convention was of a smaller proportion, mainly consisting of vendors and themed general areas. There were two smaller stages (the Mirai Stage and Academy Stage), along with the Main Stage.

The main panels involved Rooster Teeth (creators of the hit animated web series RWBY), the new Netflix show “The Dragon Prince,” the anime “My Hero Academia” and other famous anime.

The event proved to be successful, with a number of NYCC attendees also buying badges for Anime Fest. With how popular this inaugural iteration of the convention turned out to be, it’s safe to say that it will be returning in 2019.

New York Comic-Con has proved itself to be a success once again this year. With notable guests, a variety of activities to participate in, numerous vendors and merchandise available for purchase, a separate yet enjoyable anime convention working with it, as well as numerous amounts of impressive cosplay, the event appears to be more successful than ever before.

With next year’s dates already decided for Oct. 3-6, 2019, those who attended this year are looking forward to another weekend full of nerdiness that they will never forget.