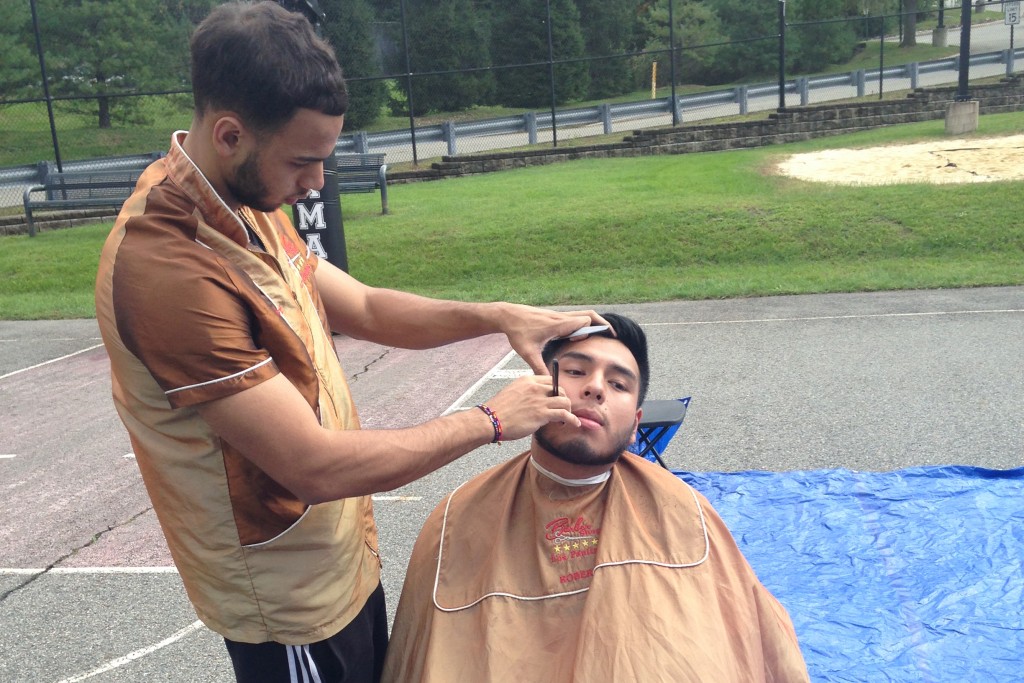 Natural curls and fros’ were the center of attention at Ramapo’s annual Love is in the Hair event held on Oct 3.

Inspired by Curlfest, an annual summer festival that promotes the natural hair movement, Love is in the Hair helped shape a sense of community amongst people of color on campus.

The event was started in 2015 by the Chi Upsilon Sigma National Latin Sorority. The goal of these women was to create a space for women of color to share their ideas of beauty and to combat society’s ideas.

“Society puts this message that we have to be something else. Whether your hair is wavy,straight,curly, dry, short, long that’s who you are and you have to embrace that despite what society says,” said Sheila N. Soriano, a 2015 Ramapo Alum.

The natural hair movement has started and stopped over the last few decades. The 1960s and 1970s saw many African-Americans sporting afros during the rise of the political Black Panther party.

Decades later, in the late 2000s, African-American celebrities such as Solange and Viola Davis helped bring the natural hair movement into the spotlight.

The new movement has caused a spark in the purchasing of organic hair products. There has been a decrease in perms also known as “creamy crack” to people of color.

With the natural hair movement still going strong, this event was needed at Ramapo College.

Love is in the Hair was hosted by Chi Upsilon Sigma with six other organizations, such as the Black Student Union and Lambda Sigma Upsilon co-sponsoring to bring their own visions of natural beauty.

With each organization occupying a table, various stations included hair product giveaways, eyebrow threading, hair braiding and tutorials on how to lay edges. Laying edges is a method in which gel or edge control is used to tame edges and loosen hair for a perfect finish.

This year, the event sought to include men of color, with one station doing free haircuts while another, ran by Brothers Making a Difference, gave tutorials on how to properly tie durags.

“With men it’s not a ‘masculine’ thing to take care of your hair. Events like this are helping men out better,” said junior Devin Anthony-Johnson.