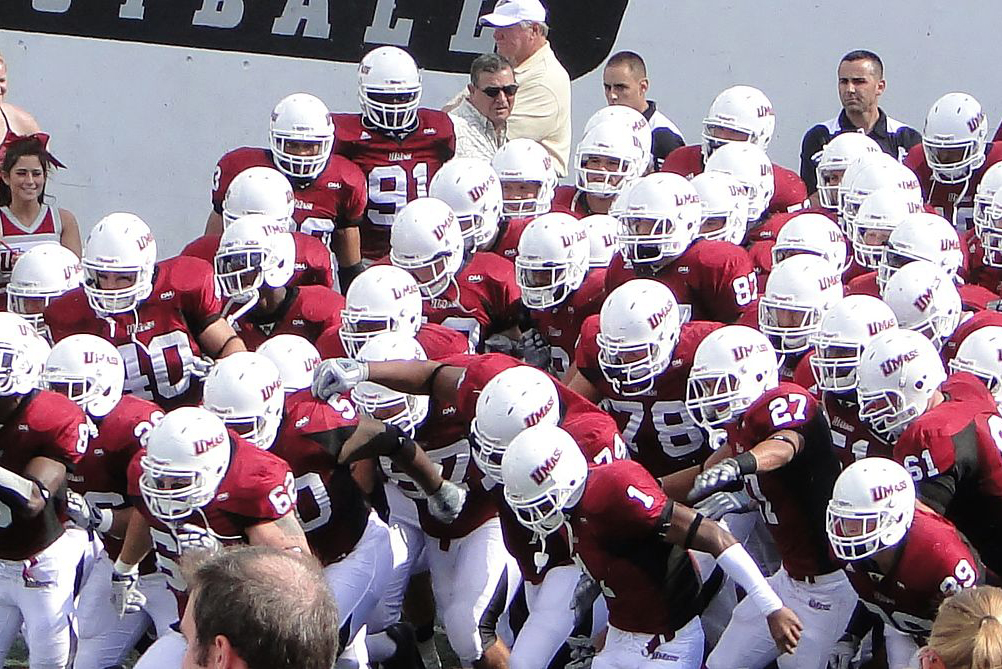 The Ohio Bobcats scored on nine straight possessions, set a single-game record with 664 yards of total offense and scored 58 points en route to a huge 58-42 win over the UMass Minutemen in Week 6 of the college football season.

Instead of blaming the loss on bad defense or poor gameplanning, UMass head coach Mark Whipple took to the media to blame the game on officiating. Not only did he say it was the officials’ fault for them losing, but he then compared a missed pass interference call to sexual assault.

“We had a chance there with 16 down and they rape us, and he picks up the flag,” said Whipple. “So our guys fought. They have a good team and they were home, and I thought our guys were certainly ready to play because we went up 14-nothing. We just have to get ready for next week. We didn't make enough plays to beat a team like that.”

After Whipple made the statement, UMass immediately suspended him for one week. Due to his suspension, he was not able to partake in any of his coaching duties and defensive coordinator Ed Pinkham served as acting head coach. Whipple missed the teams’ Week 7 58-42 loss to USF and was required by the university to undergo mandatory sensitivity training.

“I am deeply sorry for the word I used on Saturday to describe a play in our game,” Whipple said in a statement. “It is unacceptable to make use of the word ‘rape’ in the way I did and I am very sorry for doing so. It represents a lack of responsibility on my part as the leader of this program and a member of this university’s community, and I am disappointed with myself that I made this comparison when commenting after our game.”

“On behalf of our department, I deeply apologize for the comments made by head coach Mark Whipple on Saturday after our game at Ohio,” Bamford said. “His reference to rape was highly inappropriate, insensitive and inexcusable under any circumstance. Coach Whipple’s comments don’t reflect the values of this institution, our athletics department or football program. Mark is disappointed in himself and understands his serious error in judgment.”

The coach, in my opinion, was given the most minimal punishment that the school could give so that they wouldn’t face serious repercussions from the public.

The comment made was not only distasteful, but it was outright disgusting. If the university was serious on punishing the coach for making a silly comparison to a very serious crime, they would’ve suspended him multiple games and forced his bank account to take a major hit.

I understand that when we get frustrated, we say things that we don’t mean. But words mean things, and with actions comes consequences.

UMass should be ashamed of themselves for taking a minimal stance on a serious issue. Rape isn’t a word that you can throw around lightly and then just apologize and laugh it off.