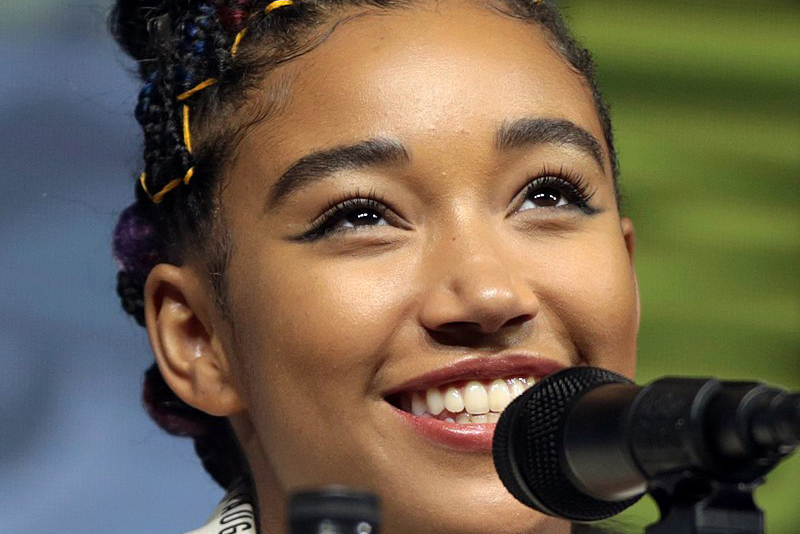 Released this past Friday, “The Hate U Give” is a 2018 American film directed by George Tillman Jr. The drama thriller shares the story of Starr Carter (Amandla Stenberg), and how her life changed the moment her best friend was murdered.

Starr comes from a predominantly black community that suffers from poverty, drugs and crime. Those aspects, however, do not interfere with her life because of her surroundings.

Starr’s parents are happily married and raised her and her siblings in a loving home. Her father, Maverick Carter (Russell Hornsby), owns a small grocery store that is known throughout the neighborhood. Starr’s parents strive for greatness when it comes to their children. They make sure they receive a well-rounded education along with not being involved in the “streets."

Starr attends a predominantly white high school titled Williamson, a town that is completely different from where she’s from. Although the school is surrounded by the rich, it gives her the opportunity to receive a better education and pursue bigger dreams.

Starr’s life is combined with opposite worlds, but she knows how to be a part of both.

Her childhood best friend, Khalil (Algee Smith), also attends Williamson High School. On a car ride back home from a party, Khalil confesses his feelings towards Starr. Although she informed him that she has a boyfriend, he has hope that they will be something in the future.

With Starr being a part both of worlds, many people persuaded and even threatened her to not speak upon the negative issues within their community. Through it all, Starr decides to fight for Khalil’s life and speak for him no matter what consequences she faces.

“The Hate U Give” brings awareness into the African American community, inequality and police brutality. These issues have been relevant for many years and this film highlights those problems that people are currently facing today.

Starr’s story is something that many people can relate to. Someone witnessing a death and forced to be quiet for other purposes is very relatable in this lifetime. She is told to hold back her voice and not speak upon the issue.

It is rare for an American film to highlight these issues; the issue is mainly revolved around the United States criminal justice system. There have been too many cases similar to this situation and this film will hopefully enhance the problems that black people face.

However, there are noticeable stereotypes in this film. Garden Heights is a place where people don’t have opportunities to further their education or grow up in a safe environment. Students that attend high school in Garden Heights are more than likely to become teen parents, abuse drugs, or be involved in illegal activities.

But when the film shows students from Williamson, the audience is brought into a different world. The school system is much nicer, and the students are predominantly rich. Most real-life cases that included victims that were killed by the police did in fact grow up in a poverty community. However, this aspect does continue to feed into society thoughts that African American people are poor and uneducated.

The film brings awareness to the issues that are incredibly relevant in today’s media, and gives a powerful voice to the people who learn how to use that voice for the greater good.