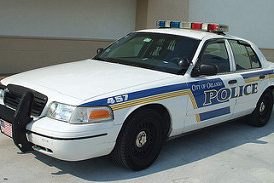 In a speech to law enforcement leaders last week, President Trump suggested Chicago ought to bring back the controversial police tactic known as stop-and-frisk to dissipate violent crimes within the city.

He went on to describe the violence in Chicago as a “terrible blight” and has directed Attorney General Jeff Sessions to “help straighten out the terrible shooting wave.”

This has ignited debate over the old law, which was ruled unconstitutional in 2013. Many critics of the law claim it’s a club with which police racially profile and wrongly harass. Supporters of the law claim it is not about race, but proactive policing leading to lower crime rates.

According to Cornell Law School, stop-and-frisk refers to brief non-intrusive police stop of a suspect. The Fourth Amendment requires that before stopping the suspect, police must have a reasonable suspicion that a crime has been, is being or is about to be committed by the suspect.

New York City Police took preventative actions against potential offenders only when they were within the confines of the law.

If the officers have reasonable suspicion, they are simply doing their jobs. If they were profiling citizens based on of the color of their skin, clothing, or any physical attributes, this would immediately be unilaterally ruled unlawful.

In New York City, this law has had lasting impact on the city’s crime rates. According to Heather MacDonald, a journalist for the New York Post, murders declined almost 80 percent and major felonies by almost 75 percent from the early 1990s to 2013 thanks to “proactive policing,” which includes measures such as stop and frisk.

These numbers point to the obvious success of the law. New York City has become one of the nation's safest cities to date, and proactive policing proves it.

The critics of stop-and-frisk are quick to assert the racism behind the profiling for this law, yet neglect the fact that Judge Henry Allan Fagan’s research found that only 6 percent of stop and frisks were ruled unlawful.

The NYPD is a diverse entity which does not seek to harass people of color. They’re merely doing their job. Hands-off policing leads to higher crime and invites criminals to commit more crime.

Police need to be able to do their job and protect the public from crimes being committed and take preventative actions against future offenders if they have reasonable suspicions of potential criminals.

President Trump is right in his efforts to bring back stop-and-frisk into a struggling city like Chicago. Over 650 murders were committed in Chicago last year alone, according to CNN, and nothing is being done.

Police need free reign to properly safeguard their city and proactive stop-and-frisk policing would be a robust approach.

The hundreds of families being torn apart by gun violence deserve better than this, and rather than play into political correctness, think of what’s best for the citizens of their streets.