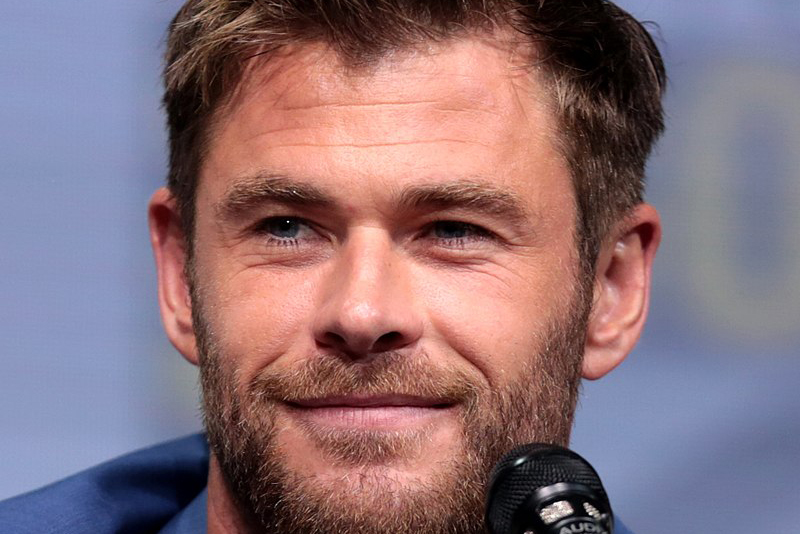 “Bad Times at the El Royale” belongs in the vaunted category of “Tarantino Knock-Off Hall of Fame” which includes such titles as “Snatch” and “Oceans 11.”

This is, without a doubt, a Tarantino knock-off by the way. Right down to the title cards, Jeff Bridges and unknowable, plot-moving talisman. It also doesn’t matter. Nobody needed writer and director Drew Goddard to create new form, and he did a wonderful job with the one he co-opted.

“Bad Times” is the kind of movie that’s going to confuse you in the most delightful ways. You won’t have a solid grasp on what’s going on at any point, and you'll probably still have questions once the credits are rolling.

It’s plot heavy, maybe just a touch too much so, but I’m not going to divulge too many specific details just in case you actually do want to see this movie. I don’t even think people should watch trailers, especially for a movie such as this one. Just go to the theatre and enjoy yourself for two hours and twenty two minutes.

Goddard receives some really provoking performances from his surprisingly star-studded cast, headlined by Chris Hemsworth, Jon Hamm and Dakota Johnson. Hamm, at least in my opinion, gives his most original performance since wrapping up Mad Men in 2015.

He’s been sort of floating around comedy for the most part, guest spotting on shows and even leaning into doing full on comedic roles in film, and while I understand his desire to get away from the heavy nature of playing a character like Don Draper for a near decade, he’s best when he’s given something serious to do. He lights up every scene he’s in during Bad Times, and it’s truly nice to see him excelling in original roles again.

The person I really want to talk about is Cynthia Erivo, who plays the down-on-her-luck backup singer scrounging around for gigs as Darlene Sweet. As the movie begins to roll out its characters, it seems like Sweet is going to be sort of the whipping girl for all of these 1970s white men she’s been surrounded by. Just as I was beginning to feel disheartened by her character's place in the plot, she shows she’s not only got a little bit of a personality but also knows how to stand up for herself.

Darlene becomes easily the most magnetic personality in the entire film, and her experience as a marginalized and abused member of society ends up working to her great advantage in the way that if you trip over a big step you won’t do it a second time. Goddard doesn’t romanticize her struggle so much as shows how a mature Darlene learned how to survive in the world around her.

There’s a moment after she’s been out in the rain, where she’s sitting in a chair in her hotel room singing, and realizes she keeps pushing her wet hair back from her face. She takes a moment, without breaking song, and quietly takes off her wig to let out her natural hair. It’s not a big moment, and it isn’t spoken about any further. But it represents a turn in Darlene's night, where she officially stops trying to be the thing everyone else wants her to be.

Stylistically, the film hits some impressive marks. Goddard doesn’t waste time with gunshots (there are plenty of gunshots) which is something that’s always irked me about movies in general. Not everyone who shoots someone else needs two minutes to decide whether or not to do it. Some people just do it. And it’s brutal. Loved it.

The film is also scored largely by old motown records, thanks to Darlene. It’s a lot of fun and politically subversive in an unexpected way. If you like murders and mysteries and Quentin Tarantino, make a trip to go see this one in theatres. It’s worth it. Not even the man eating nachos in front of me could ruin my mood.