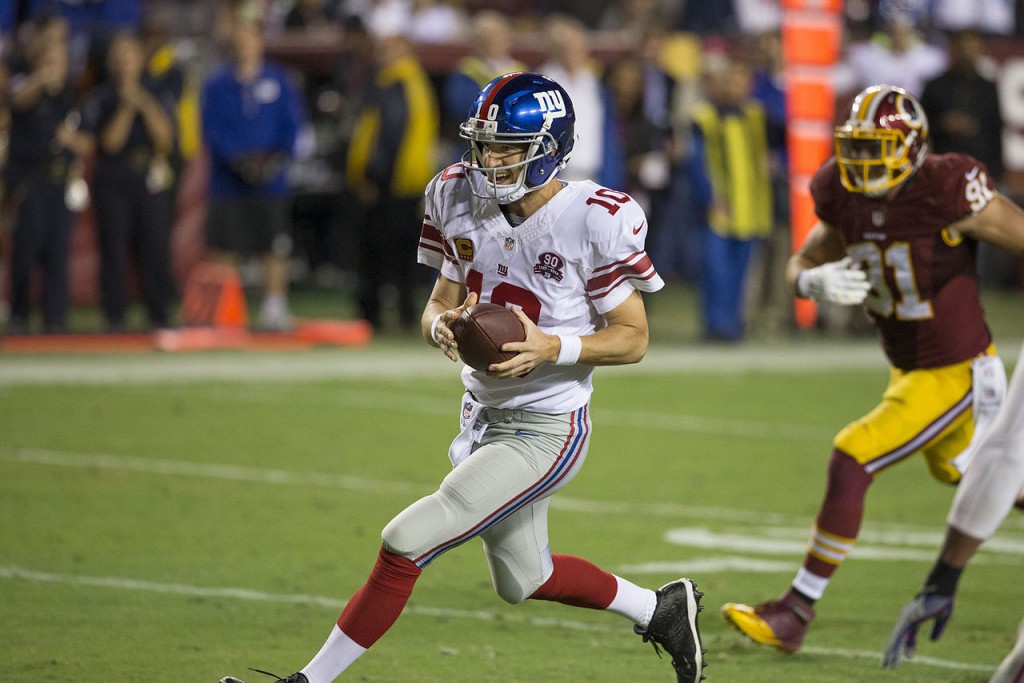 The Giants’ 1-5 start to the 2018 regular season has fans feeling similarly dispirited to how they felt last year when the Giants finished 3-13.

In their most recent game against the Philadelphia Eagles on Thursday Night Football, they handed in a ho-hum effort, with Eli Manning exhibiting symptoms of regression and Odell Beckham Jr.’s sideline meltdown going viral.

When John Mara and the Giants staff decided to select Saquon Barkley with their second overall pick in the 2018 NFL Draft, they opted to stick with an aging Eli Manning, hoping that the plethora of offensive weapons would mask Manning’s regression.

The shoddy defense, the porous offensive line and an aforementioned aging quarterback have left fans wondering how this team can get back on track.

The defense has allowed 358 yards per game to the opposing offense, and the offensive line has let up 20 sacks so far. Owner John Mara brought in Pat Shurmur as head coach over the offseason, hoping that his reputation as a quarterback guru could help Manning out this season.

Mara also handed out rich contracts to Odell Beckham Jr. and their starting left tackle, Nate Solder. Fans were hopeful heading into the season with the wave of solid moves made by upper management, but hopes are crumbling very quickly as the season turns into another disaster – one all to familiar for Giants fans.

The only bright spot so far in the season has been Barkley. He has drawn comparisons to elite running backs, such as Barry Sanders and Ladainian Tomlinson, and has proved it on the field nearly every week with his elite vision, speed and pass-catching abilities.

Through six games, Barkley has accumulated four rushing touchdowns and 438 rushing yards, along with 40 receptions and 373 receiving yards. His skillset and his athleticism allow him to break marvelous runs, as you may have saw against the Jacksonville Jaguars and the Philadelphia Eagles.

Odell Beckham Jr.’s season has been chaotic in its own way. Beckham Jr. is still having an above average year, with 506 receiving yards, but he has faced his share of distractions and controversies with the media.

In the second half of the Giants-Eagles game, Beckham Jr. was filmed angrily hyperventilating on the sideline, where he then proceeded to head over and beat up the sideline heater. His passion for the game has allowed fans and journalists to frame Beckham Jr. as a “crybaby” or a “diva.”

He faced even further controversy when he criticized Eli Manning’s abilities in an ESPN interview. Mara even vehemently criticized Beckham Jr. and his recent actions, saying that he would prefer Beckham to do “less talking, and more playing.”

Overall, through the duress and disaster this organization has been through the past couple years, you have to wonder what the problem really is. Is it John Mara, the CEO? Is it the culture in the locker room where it has appeared that players have essentially given up on their team in the past? Is it the undying belief the organization has had in Eli Manning over the past couple years?

These questions need to be objectively examined by everyone in the organization if they have any hopes of bouncing back, albeit this year or in the coming years.