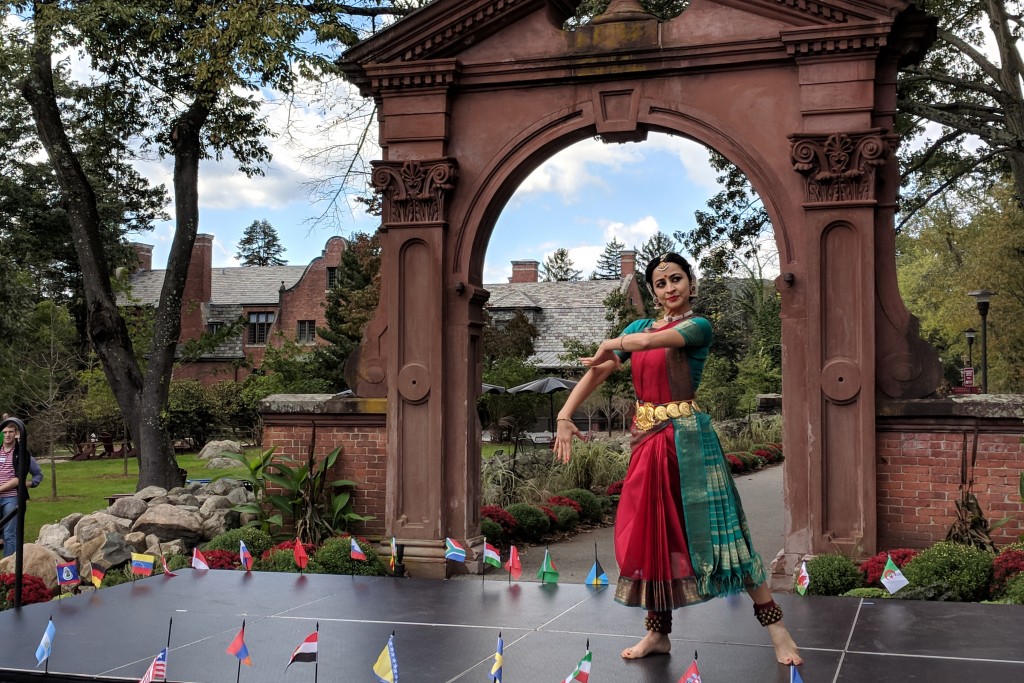 Student organizations celebrated their cultural identities at the College’s third annual Diversity Day, held in the Grove this Wednesday afternoon. A lineup of musical acts performed on stage in front of the Arch as guests toured rows of activity tables and sampled cuisine served in themed courses. Ramapo’s Office of Equity and Diversity sponsored the three-hour event.

The department’s assistant director, Tamika Quick, views the event as a celebration of intercultural community.

She commenced the event by introducing a gathered crowd to Sonali Skandan, the afternoon’s first performer and member of a traditional Indian dance company based in New York City.

According to Kaoutar, the College needs to promote diversity and inclusion with more frequency.

“This is the one day of the year that we as a school celebrate our differences and also our similarities,” she said, “but this is definitely a start. I wish we had more days that acknowledged the different types of ethnicities and cultures that we host here at Ramapo.”

Organizations present included Ramapo Pride and the Equal Opportunity Fund Alliance. The two groups tabled next to one another, handing out snacks and pins to attendees. Sophomore Jacob Scott Spann, vice president of the EOF Alliance, agreed with Kaoutar’s sentiment.

“We need to reach more people,” he said. “It’s safe to say this is a predominantly white school … today gives people a sense of home, a sense of where they come from.”

Pride caters to LGBT students and their allies. At its table President Tali Felner, a senior, stressed intersectionality and solidarity as the afternoon’s touchstones: “Diversity spans all races and types of gender and sexuality.”

Fourth-year students Adam Melville and Devin Anthony-Johnson tabled for the on-campus chapter of Brothers Making a Difference, a New Jersey-based community service program. They gave “BMAD” T-shirts to attendees able to name three out of five historical black figures on display at their table.

“People who aren’t of color need to be educated on different cultures,” Anthony-Johnson, secretary of the chapter, said. Attendees learn other cultures are “not what they’ve seen on television, or the stereotypes that they hear about.”

Melville, the vice president of Ramapo BMAD, agreed, saying the event allows minority students to “feel at home” and connected to their peers. Diversity-focused events on campus may also attract prospective students to Ramapo, he concluded.

The day ended with a set by the Young Picassos, a Caribbean steel drum band who wrapped up with covers of Drake’s “In My Feelings” and Estelle’s “American Boy.”

Kaoutar remained onstage to deliver a few personal remarks after closing out the afternoon officially.

“We have Diversity Day to celebrate solidarity and celebrate diversity on campus,” she said. “However, we still have so much to work on while we’re here, especially in our current college climate.”