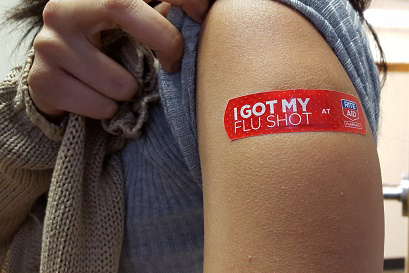 An unidentified child in Florida, who had not received the flu vaccine, died sometime between Sept. 30 and Oct. 6 after testing positive for influenza, according to the Florida Department of Health’s Bureau of Epidemiology.

This was the first pediatric death in Florida of this flu season. Last year, eight children died from the flu, none having been vaccinated.

There are certain cases where children cannot receive the vaccination, but those are few and far between. All too often, it’s parents who are skeptical about modern medicine and trust their own gut feelings over certified doctors, legitimate studies and readily available statistics.

There were 80,000 deaths related to the flu last season, the highest it has been in four decades, according to the Los Angeles Times. Surgeon General Jerome Adams has urged people to get the vaccine after this epidemic.

One of the most common arguments heard is the “autism” argument. It’s essentially about how the “heavy metals” in vaccinations cause autism in children.

While this is blatantly untrue, considering the Centers for Disease Control and Prevention have released reports that it has been accepted by medical professionals to be false after much studying, even if it were true, it remains a questionable argument.

Would someone really rather have a dead child than one with autism? At this point, there is no purpose in arguing because any person who would rather their child die than have autism clearly has values that are so misaligned with others that there is no common ground.

In this case, “agree to disagree” cannot work. People are dying due to their incompetence and deadly misunderstanding of modern medicine.

There’s a satirical article from The Hard Times entitled “I Didn’t Vaccinate My Kids and the One Who Lived Turned Out Fine.” It’s hard to not think of that whenever the anti-vaccination argument comes back around, which is often during flu season.

It seems obvious, yet people’s conspiracy theories and misplaced trust in sketchy online resources cause panic in those more susceptible to false information. One will often find these same people sharing videos on Facebook about how lemon water cures cancer or using other pseudo-scientific remedies for nearly everything.

Unfortunately, not vaccinating one’s children actually makes them the instigator of a problem when their child ends up spreading an illness further.

There need to be penalties for people who choose not to have their kids vaccinated other than for medical reasons. Religious or personal beliefs cannot be considered legitimate reasons for exemption. According to the CDC, 42,000 lives are saved and 20 million cases of disease are prevented by vaccines.

When someone opts to not vaccinate, they are choosing to put their child at risk as well as other children who have actual medical reasons to not be vaccinated. Religious and other personal beliefs are not reasons to endanger others, even in a country with an emphasis on liberty.