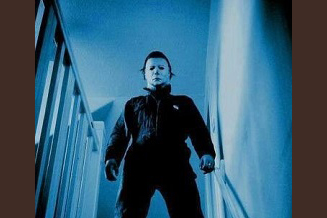 The original film jump started the career of Jamie Lee Curtis, who portrayed babysitter Laurie Strode, the primary target and sister of Myers. But the “Halloween” franchise itself has no doubt had a troubled history: The original film, while praised, spawned a myriad of lackluster sequels, which in turn created a confusing timeline for audiences.

This most recent incarnation of franchise, directed by David Gordon Green (“Pineapple Express,” “Stronger”), aims to fix this by erasing the sequels entirely, thus changing the continuity. Only the original Carpenter film and Green’s new movie remain in this revised canon.

This year’s “Halloween” picks up in the present day, 40 years after the events of the first movie. Moviegoers see Curtis once again reprise her role as Haddonfield native Strode, now a reclusive woman still traumatized from her last encounter with the masked maniac.

Laurie has spent the last 40 years preparing for the inevitable return of Michael Myers, who is currently confined to Smith’s Grove Sanitarium – the same institution from which he escaped in the original film. Strode, now a gun-toting grandmother, spends her days shooting mannequins in her yard to cope with the trauma that still lingers within her.

Throughout the intervening years, she has obsessively focused on maintaining a sense of security for herself. Strode has made her house a virtually impenetrable fortress equipped with a panic room, trap doors and surveillance cameras. She wants to be ready, should Michael would ever return to seek revenge.

Laurie’s paranoia has unfortunately gotten the best of her, as she remains estranged from both her daughter Karen (Judy Greer) and granddaughter Allyson (Andi Matichak).

In the beginning of the film, we are re-introduced to Myers just as he is about to be transferred to a maximum-security prison. However, the bus carrying him and other inmates gets into an accident, allowing him an opportunity to escape into the night to once again wreak terror on Haddonfield.

Once word gets out that Michael’s back in town, Laurie must go on the offensive in order to put a stop to the carnage. Only Laurie knows what he is truly capable of. Michael makes his long-awaited return to Haddonfield amongst a sea of trick-or-treaters in what is probably my favorite scene from the new film.

The masked killer goes house to house, taking out unsuspecting victims in the process. John Carpenter’s iconic score can once again be heard throughout the scene. This sequence is noteworthy for being one long take.

Overall, the new “Halloween” is quite an enjoyable ride which captures the feel and terror of the original film. However, one thing that I took issue towards is the film’s excessive reliance on gore, something that the original film did not need to utilize to induce fear.

Director David Gordon Green and writer Danny McBride, both self-proclaimed fans of the original film, deliver a sequel that lives up to the hype and respects the franchise's legacy.