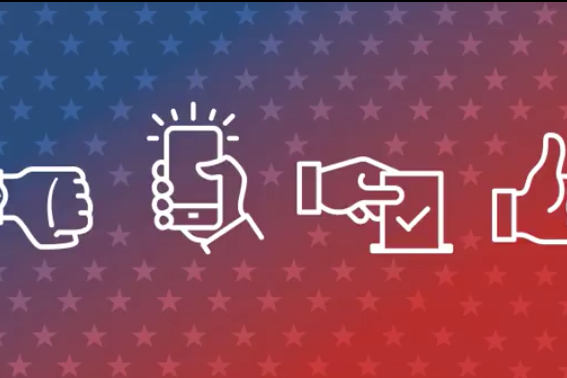 Whether it is gun control, abortion, the country’s leadership or US foreign policy, younger voters are an increasingly loud voice as the midterm elections approach on Nov. 6.

Involvement is expected to drive higher turnout for a midterm election than what was seen four years ago.

This new crop of voters, born between 1994 and 2000, are increasingly tech-savvy digital natives. Early exposure to the internet has nurtured a faster-paced generation that is more tolerant of social issues and aware of global problems.

A recent Gallup poll from July showed the most important issue on both sides of the aisle coming into the 2018 midterm elections was immigration.

Millennials and those who belong to the younger Generation Z  tend to lean more toward the left, as indicated by a Pew research poll. However, conservative values are held by many who may not be picked up by such polls.

According to Tufts University’s Center for Information & Research on Civic Learning and Engagement, about 50 percent of those eligible to vote between the ages of 18 and 29 voted in 2016.

An Institute of Politics Poll conducted by the Harvard Kennedy School in spring 2018 reported 37 percent of participants stated they would definitely cast their ballot in November, compared to just 23 percent back in 2010.

Junior Tommy Moran said he is equally invested in state and national affairs. The 20-year-old marketing student expressed his anxiety in regard to New Jersey’s opioid epidemic.

In 2017, close to eight New Jersey residents lost their lives each day due to overdose, according to NJ Spotlight.

The report also contained a statement issued by State Attorney General, Gurbir Grewal, who predicted that the state’s drug overdose death toll is expected to exceed 3,000 by the end of 2018. On a national level, Moran says border security is something that has always been important.

"It concerns me that people are not taking the security of our country as seriously as they could be," Moran explained.

"While I don't have as much debt as the average college student, I still have some that I'll unfortunately have to pay off once I graduate," said Provenzano, a junior and integrated science studies major.

Provenzano is also a proponent of universal health care and would like to see the country take steps towards crafting a possible plan for it within the next few years.

"Too many people die because they can't afford healthcare. As one of the richest countries in the world, that is something that we should be able to provide," she said.

Senior Charles F. Pfrommer prioritizes various infrastructure safety measures that should be taken, none more important than re-doing the pipes in most major cities around the county as well as the country.

"If this is to be done, the jobs should be going directly to the people who live in those cities. They shouldn't be outsourced," he said.

Apart from safety, Pfrommer is also concerned about taxes going to the right places, including affirmative action and Universal Base Income.

Keeping those who will advocate for education is most important to junior Caleb Herbst.

"While the federal elections in New Jersey are important, I'm more focused on the impact my vote will have on the state and local elections," said Herbst, who serves on his town's board of education.

Herbst also has expressed an interest in the local issues surrounding him in Bergen County. "I'm voting to ensure those who advocated for our education funding get reelected.”

Senior Krystina Jeron is looking to fight for better female representation in the political world.

"An important issue to me at the state and local level is the soundness of infrastructure, like county roads and state highways," said Krystina Jeron, who is majoring in both political science and international studies.

"If we can vote in state and local officials who are proactive about infrastructure, I think it would benefit all people in the long run," she added.

"There is a plethora of issues that drive me to vote, though, like proper education funding, fair property taxes and transparency in local politics."