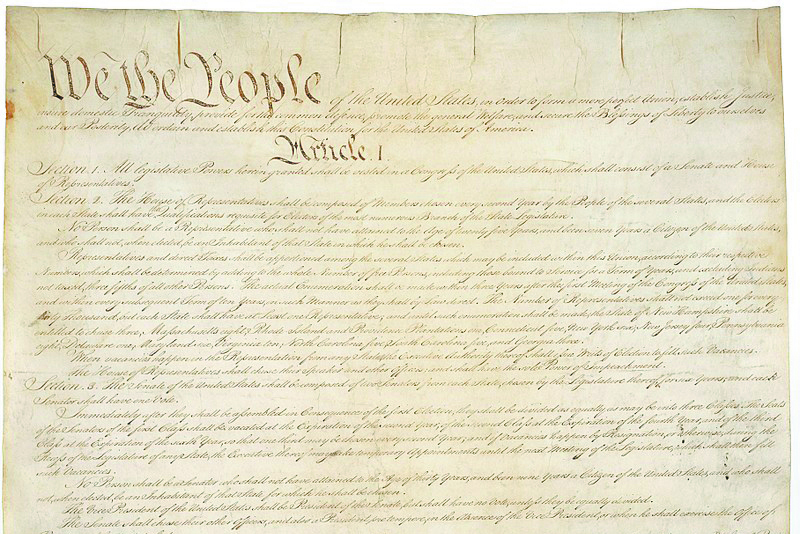 The most revered and cherished law within the free world is found in the First Amendment of the United States Constitution. The allowance of free speech and our complete autonomy over what we are allowed to say and share is the basis of the very principles of liberty essential to human rights.

Many have fought for it. Many have died for it. Even in our disagreements with each other, we often still find profound respect in the idea that our opponents are allowed to express themselves in the first place to allow these discussions.

The question is, does it have a limit? Are there parameters to free speech, and is certain hate speech truly free? An alarmingly growing platform of white nationalism, overt misogyny and other outright hate speech put our definitions under extreme duress. It also challenged our moral sensibilities against our literal interpretations and definitions of the meaning of freedom tremendously.

Should we have a blank check to say whatever we want, however we want it? Is advocating violence and superiority over others actually protected under the beliefs our founders’ words?

We must explore and dissect the structures and components of both the concepts of free speech and the malignant ways it can be appropriated. Should neo-Nazis and other hate promoters be given allowance to share their beliefs in superiority and divisive rhetoric?

To put it as blatantly as possible, no. There is a true definition of free speech and there is a complete hijacking of it for hideous intentions. I grow tired of the centrists and apologists who make excuses for obvious and violent hate speech who say things like, “I disagree with them, but they are allowed to think what they want.” That presents itself as a rather cowardly opinion to take.

A Nazi in Charlottesville killed a young woman in a terrorist attack and we still had many people unsure of whether or not those same unfavorable groups should be given a protest platform in the first place.

While a college campus is a wonderful place to be yourself and be active and cultivate a marketplace of ideas, there should be some general understanding of peace. Free speech that advocates justice and demeans certain groups of people are not morally or politically equivalent.

For example, there is nothing peaceful about fascism. Fascism is violence. It is predicated on violence. It simply cannot exist without violence. Their rhetoric actually calls for ethnic cleansing, yet centrists and moderates wax poetic about the validity of their freedoms of speech.

Millions and millions of people in history perished fighting the tyrannies of Nazism under the Third Reich. The grand irony of it all is that fascism itself does not allow freedom of speech. Groups who incite violence against others based upon religious beliefs or what color their skin is should not be protected under free speech. There is nothing free about it. That goes for all political entities who seek to degrade and further disenfranchise already marginalized people.

What is worse are the comparison points made against progress groups as a sort of way to visualize a spectrum. There is no spectrum. Social justice and progress is not just some cute idea on the other side of the aisle. It’s on a completely different planet.

If you feel a strong sense of self-professed rationality and intelligence from trying to play mediator and taking the middle in all this, more power to you. I personally find revulsion in legitimizing hate speech and have no interest in hearing what these people have to say. Is free speech an all-encompassing grand liberty we must protect? Or is that only looking at it in a vacuum?

Martin Luther King Jr. believed that among all the Ku Klux Klan members and lynchers, his greatest opponents were “white moderates.” In his letters from Birmingham Jail, he detailed how these white moderates were compelled to let both factions play out and wished to see him take his time.

“I have almost reached the regrettable conclusion that the Negro’s great stumbling block in the stride toward freedom is not the White Citizen’s Council-er or the Ku Klux Klanner, but the white moderate who is more devoted to “order” than to justice; who prefers a negative peace which is the absence of tension to a positive peace which is the presence of justice,” said King.

Overdone jokes about safe spaces aside, college campuses should make their students feel some form of security. They shouldn’t feel encroached upon by voices claiming their genetic superiority or giving fire and brimstone speeches about who belongs in the chasm of hell. Not in a college space. Not under the allowance of a university’s board or warped loophole of campus policy.

History is a wonderful way to categorize the societal impacts humanity has had, but there is a wrong side to it and some of us shouldn’t be so quick to grow complacent toward its recurring presence.