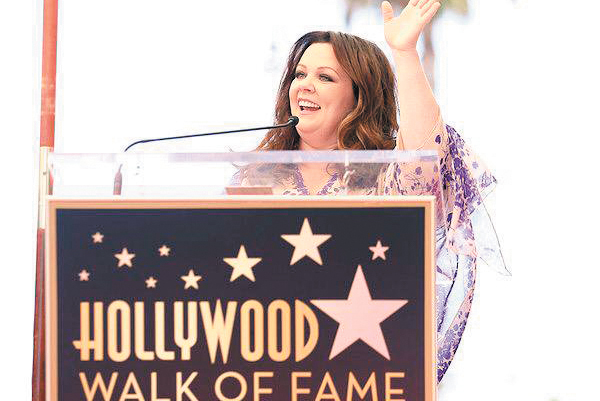 Since her breakout performance in 2011’s “Bridesmaids,” famed comedian Melissa McCarthy has constantly been typecast in rather stale and forgettable comedies that regardless of their overall quality, manage to be financially successful enough to greenlight another one.

Occasionally, this formula can lead to a refreshing addition to her career (see 2015’s “Spy”), but for the most part, films like “Tammy” and “The Boss” show that to be a rarity.

Nevertheless, in director Marielle Heller’s “Can You Ever Forgive Me?” McCarthy strays from her comedic roots and dives into the realm of possible Oscar stardom with this “based on a true story” drama about trying to make a living while doing what you love to do, even if it means breaking the law.

Frankly, to say that Heller’s film creates considerable potential for McCarthy’s future as a dramatic actress would be an understatement.

The film, which is based off the memoir of the same name, follows McCarthy as she portrays real-life author Lee Israel, who in 1991 financially struggles to make ends meet in New York City while writing biographies within the literary industry.

Eventually realizing that her current work simply cannot get published, Israel turns to a life of crime as she ends up forging letters that were “apparently” written by now-deceased writers and celebrities, such as Fanny Brice, Noël Coward and Dorothy Parker, and selling them to various booksellers throughout the city.

With the money now available for her to pay the rent, Israel and her newfound friend and hustler Jack Hock (Richard E. Grant) are their lives to the absolute fullest, that is, until one of her buyers discovers the truth about her “authentic” letters, causing her to be put under investigation by the FBI.

From beginning to end, it is clear to see that this is 100 percent McCarthy’s movie. Her performance as Lee Israel is what makes this film work more than anything else, as not only does she use her dramatic acting skills to the best of her ability, but she even manages to “sprinkle in” small, yet effective doses of her trademark comedy within most of her scenes.

Grant also does a great job as Jack Hock, but McCarthy steals the entire show, with a performance worthy of, at the very least, an Oscar nomination.

But McCarthy’s performance is not the only element deserving of such high praise, as Nicole Holofcener and Jeff Whitty’s screenplay also serves as one the film’s stand-outs. The writing manages to almost perfectly balance both the drama and the comedy while bringing to life this true story.

More important than that, however, is the fact that both the screenplay and McCarthy’s performance manage to accomplish what seemed impossible: convincing the audience to emotionally resonate with Israel.

Israel, by all means, should be somebody that one wouldn’t want to be connected with. Throughout the film, she is often depicted as an ill-mannered curmudgeon, who absolutely loathes the current trends of the literary industry.

Yet by the film’s rather emotional climax, when Israel delivers a powerful monologue while in a courtroom, the audience ultimately understands why someone would do something as legally and morally wrong as taking on the identities of now-deceased celebrities.

“Can You Ever Forgive Me?” is ultimately a quiet, yet compelling tale about what it means to achieve true success while also following your passion. Its pacing can sometimes be choppy, especially during the film’s second act.

Overall though, Heller, McCarthy and the screenwriters did a good job of taking someone who would otherwise be seen as a despicable person and turning her into a character that people could empathize with and even support.

It is a film like this that goes to show that sometimes, there is so much more to a certain celebrity than what we already know about them, whether we learned it from their own book or their Wikipedia page. At the end of the day, that, more than anything else, is the power of movie magic.