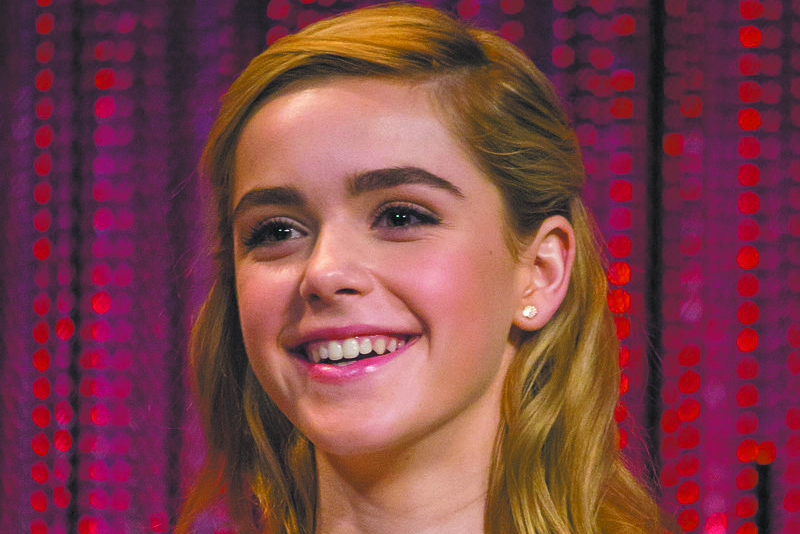 For people that grew up in the 1990s, “Sabrina the Teenage Witch” is often seen as a nostalgic television show. Based on the Archie Comics series of the same name, its plot is centered around Sabrina Spellman, a half-witch (her mother being a human and her father being a wizard).

When she discovers on her 16th birthday that she has magical powers, the sitcom focused on the eccentric adventures of Sabrina with her family and friends, as she learned how to control her powers.

Fast forward to 2017, when a reimagining of the Archie Comics first premiered on the CW, titled “Riverdale.” The show immediately became an overnight success, spawning two more seasons and a dedicated fan-base.

With its success, series developer Roberto Aguirre-Sacasa decided to create another show, this time based off of the comic series he wrote, called “Chilling Adventures of Sabrina.” Partnering with Netflix, the show’s premiere season debuted on Oct. 26.

The show not only succeeds in providing a darker take on its predecessor’s characters and setting, but also stands on its own as a well-crafted show. In this incarnation, Sabrina Spellman is aware of her powers, and on her 16th birthday, she must choose between becoming a full witch or living a normal human life.

Upon choosing neither side, Sabrina and her family face the fallout, with both the witches and the humans around her. While this premise has been done before, it feels new in the hands of the show, due in part to its characters and the platform it is on.

The characters are quite likable, and the acting for each of them is incredibly well-done. Most notably is Kiernan Shipka as Sabrina, who turns the character into an upstanding feminist who is willing to do anything to protect the people she loves.

Shipka’s Sabrina adapts well into the 21st century, and she gets very well fleshed out through the show’s 10-episode run.

While the acting is notable, it is the show’s presence on Netflix that allows it to push the boundaries of what it can portray. In modern media, witches are often portrayed as extreme, being either beautiful or hideous, seductive or comical. “Chilling Adventures of Sabrina” provides a non-glamorized take on witchcraft, lacking any kind of “sexiness” that is often portrayed with the subject.

Combined with the teenage drama of Sabrina’s human life, the show’s tone is a cross between “American Horror Story” and “Riverdale,” acting as a perfect balance of the two. With Netflix, “Chilling Adventures of Sabrina” has the freedom to use more unconventional (and gruesome) means of storytelling, that it would not have access to in comparison to “Riverdale.”

In comparison to its CW counterpart, “Sabrina” does feel superior in some ways. Namely, its main characters look more like teenagers with Shipka herself being 18, and the dialogue feels consistently modernized, unlike “Riverdale,” which has its moments of cheesiness.

“Chilling Adventures of Sabrina” succeeds at setting itself apart enough from “Riverdale,” leaving it possible for those who are not fans of the latter show to become fans of the former.

“Chilling Adventures of Sabrina” had a lot at stake when it was first announced. It had to please fans of its run as a comic and the original 1990s show, while also needing to attract newcomers to the franchise that might have been introduced to the Archie Comics franchise via “Riverdale.”

Its first season has not only succeeded at this, but it has arguably evolved into the next step for the Archie television universe. With a second season in the making, it is safe to say that the show has a long future of thrills and chills in store.

The witching hour has come, and it brings plenty of good omens with it.