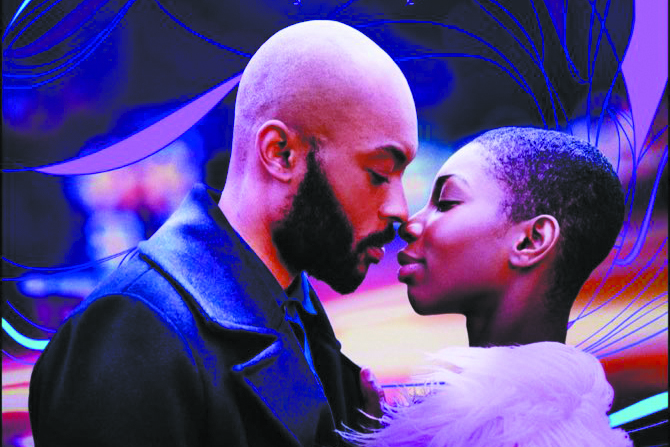 Released this past Friday, “Been So Long” is a Netflix musical film directed by Tinge Krishnan.

The film follows the protagonist Simone (Michaela Coel) and how she unexpectedly falls in love with a man during a night out with her friend.

Simone is a single mother who lives in a small town in London with her daughter Mandy. She tries her best to be the perfect mother and guide her in the best direction.

Her best friend Yvonne (Ronke Adekoluejo) is the exact opposite from Simone. She is a party animal who loves to drink, have sex and a good time anywhere she goes.

One night, Yvonne desperately persuades Simone to go out for a couple drinks. She meets Raymond (Arinze Kene) who is a handsome young man who carries a little history behind him.

Being at the wrong place at the wrong time, Raymond got caught up with some actions that lead him to three years in prison. Through it all, Simone decides to be with him despite his past.

One day, Raymond appears at Mandy’s school meeting up with the two. Simone is furious and not content with Raymond’s appearance. She is very protective of her daughter and doesn’t want a random guy to walk in her life. This leads Simone and Raymond to drift a part.

Yvonne goes to pick up Mandy one day from school and the audience is introduced to her biological father Kestrel (Joe Dempsie). They eventually have the opportunity to meet at his house to get to know learn more about each other.

During the game, everyone had to tell the truth about questions Mandy would ask. The audience then learns the reasoning behind Kestrel’s disappearance in her life, as he suffered terribly from drugs and wasn’t in the right state of mind to take care of her.

Once Simone finds Mandy, she is furious from leaving throughout the night. Mandy then confronts her mother that she is unhappy with her actions and how she pushes everyone out her life, including Yvonne, Raymond and Kestrel.

Towards the end, Simone makes decisions which she believe is the right thing to and by the end of the movie, each character’s acting convincingly drives the narrative and story.

Overall, this film was very interesting because it portrays a character like Simone stepping out of her comfort zone to date someone who isn’t completely stable. It’s important that Netflix produces movies that show people opening up about their personal struggles and issues with drugs. As an empathetic protagonist, Simone didn’t judge Raymond for his background and loved him for who he was as a person.

Viewers may appreciate Yvonne for persuading Simone to take a chance for once and explore life. This makes the movie extremely relatable because we all have that crazy best friend that brings all that fun out of us.

However, the most significant downfall with the movie was how the musical element threw off the storytelling. The songs and instrumentals needed much more practice and certain lyrics did not adequately fit the story. The film would have generated a better reception without the music.