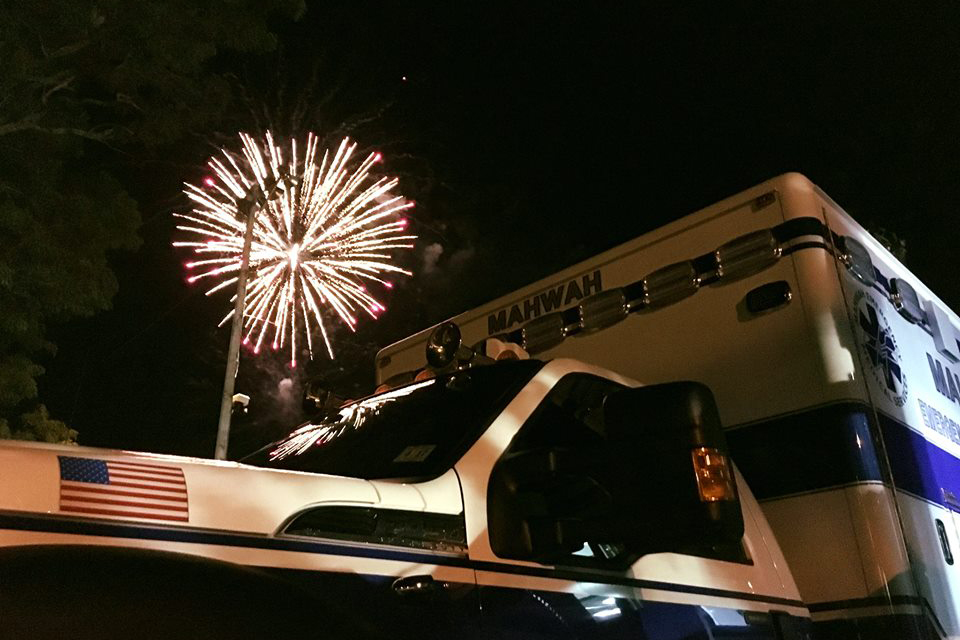 Everyone knows that if they get hurt, no matter if it's three in the afternoon or three in the morning, all they have to do is make a phone call and the ambulance will appear.

What people do not always consider though, are the actual people driving these ambulances, coming to the rescue. In Mahwah, ambulances are available 24 hours a day, 365 days a year, thanks to Mahwah Emergency Medical Services, the township's recognized ambulance service.

With about 60 members Mahwah EMS has a staff that is completely volunteer-based, and many Ramapo students make up this staff. Mahwah EMS Ramapo Alumni came to Ramapo College this past Thursday to discuss what they do as well as recruit volunteers interested in joining.

Mahwah EMS Deputy Chief in Training Austin Miller, a Ramapo class of 2018 alumnus, led the presentation. Miller, a long-time emergency medical technician, has been involved with Mahwah EMS since he was 16 years old, and continued volunteering all throughout college.

Miller began his presentation by providing some background information about Mahwah EMS. He explained that the organization will get about 17,000 ambulance requests in a year, though day-to-day calls vary.

Miller explained that some of Mahwah EMS’s primary duties are assessing and treating sick and injured citizens, as well as transporting citizens to the hospital for free.

Miller detailed some of his experiences as an EMT. He recounted accidents on Route 17 that he had to respond to, as well as an instance in high school when a man “barricaded himself in his house” and was “threatening a chemical attack.”

“It seems like Mahwah’s a boring area, but we've got a lot going on,” said Miller.

Such duties can offer volunteers a sense of fulfillment and satisfaction, but Mahwah EMS also has more fun and relaxed responsibilities as well. Members of the Ramapo community may recognize Mahwah EMS members, as the squad will stand by for on-campus concerts and also help out when Santa drives around each year.

Miller obviously recommended joining Mahwah EMS, but also advised those interested to treat it as a priority if they make the commitment.

"You only really get out of it as much as you put in," said Miller.

Miller explained that while people can just "fade through" being an EMT, they will not receive all the benefits that being involved in EMS brings.

"If you put in a lot of effort, it's really rewarding," he said.

Miller stated that devoted volunteers can get free specialized training and patient care experience, making it a popular volunteer opportunity for those pursuing a career in health care. Miller also stated that volunteers can possibly get references, connections and even scholarships.

Sciacca emphasized that one of best perks about being an EMT is the friendships it brings. Sciacca explained that even her boyfriend was a member of Mahwah EMS.

Freshman Kathryn Moskal concurred. As an EMT for Oakland’s First Aid squad, Moskal stated that she also felt friendship is one of the most rewarding aspects of volunteering.

“Being with that crowd, they just become like my second family,” said Moskal.