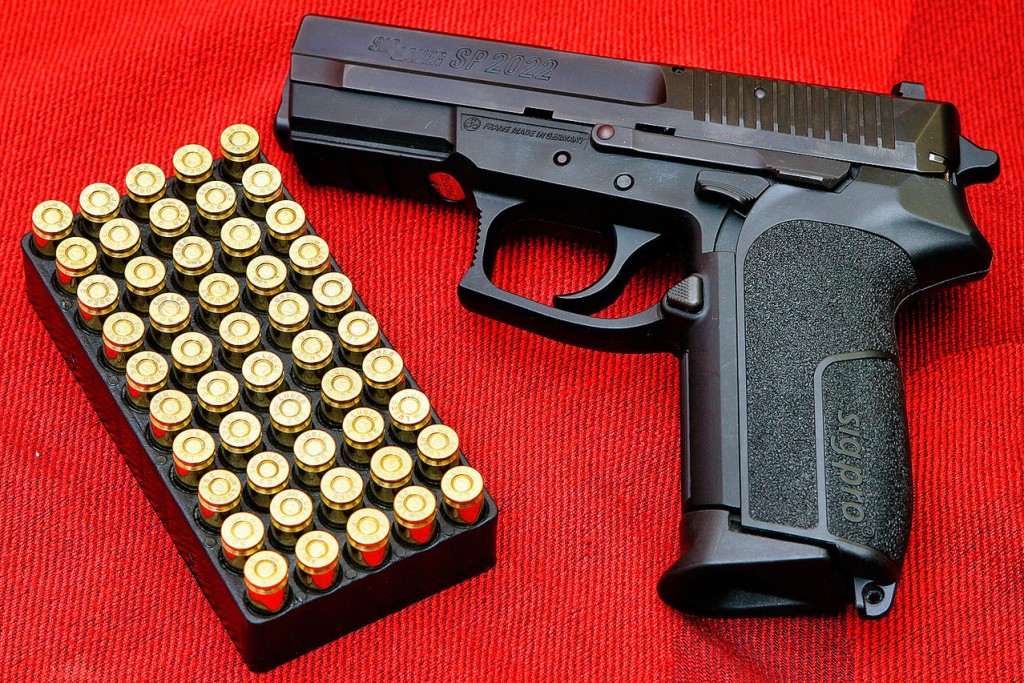 On Oct. 27, a gunman went into Tree of Life – Or L’Simcha Congregation, a synagogue in Pittsburgh, Pennsylvania, killing 11 people and wounding six others. During the attack, he was heard screaming anti-Semitic slurs and saying "Jews must die."

Now, the gun control debate is back on the table before it gets pushed aside until yet another senseless tragedy occurs. This is especially true after Trump’s statement in which he said, “This is a case where if they had an armed guard inside…they would have been able to stop them.”

Trump also regarded this as an act of anti-Semitism, which is pretty bold from someone who defended white nationalists at last year’s Charlottesville rally, saying there were “very fine people” on both sides, as they marched saying “Jews will not replace us.”

His suggestion that this tragedy could have been prevented by having a guard in the synagogue is not just offensive because it implies that it is up to people to constantly have to live in fear and take precautionary measures, but also because it has been his own rhetoric that has incited and empowered anti-Semitic sentiment and white supremacy.

This was supposed to be people’s asylum and place of worship. Now that this event has occurred, which is the worst attack on the Jewish community in U.S. history, he still won’t consider common sense gun laws even in the wake of anti-Semitism and white supremacy’s rise and the hate crimes coming from it.

People are calling once again for tighter gun laws. Some are pushing back saying that “the only way to stop a bad guy with a gun is a good guy with a gun,” and that it isn’t the gun that causes problems, it’s the people.

There’s a major flaw in that argument – of course it’s the people. Stricter gun laws with better background checks could prevent so many major tragedies. Nobody is proposing to ban guns entirely. Plus, Trump had said if there had been a guard, only the gunman would have been hurt, but four of the wounded in this incident were police officers, rendering his point moot.

Robert Gregory Bowers, the sole suspect of the shooting, had an AR-15 style semi-automatic rifle as well as three Glock .357 sig handguns.

He had 21 guns registered in his name, according to the New York Times. His guns had all been purchased legally, but had there been more intensive background checks, he may not have had access.

Bowers had posted multiple worrying anti-Semitic posts on websites that allow for radicalism, such as Gab, which calls itself a free speech alternative to mainstream social media, and his identity was by no means hidden.

His last post before the shooting targeted Jews as being complicit in illegal immigration, saying, “HIAS likes to bring invaders in that kill our people. I can’t sit by and watch our people get slaughtered. I’m going in.”

If Bowers had a more thorough background check and regular check-ups for mental health and online usage past his prior registration, it would’ve been extremely apparent that he should not have access to firearms.

But because this country allows for civilians to own semi-automatic weapons and have easy access to buying guns, which in some states is easier than others, the question remains: When will gun laws face some sort of reform?

Yes, if someone really wants a gun, they probably will be able to get it through some means, but why make it so easy? Perhaps fewer hate crimes and other acts of domestic terrorism would occur if it were made harder to obtain guns, if more thought went into who has access to guns and why semi-automatic rifles are accessible to civilians.