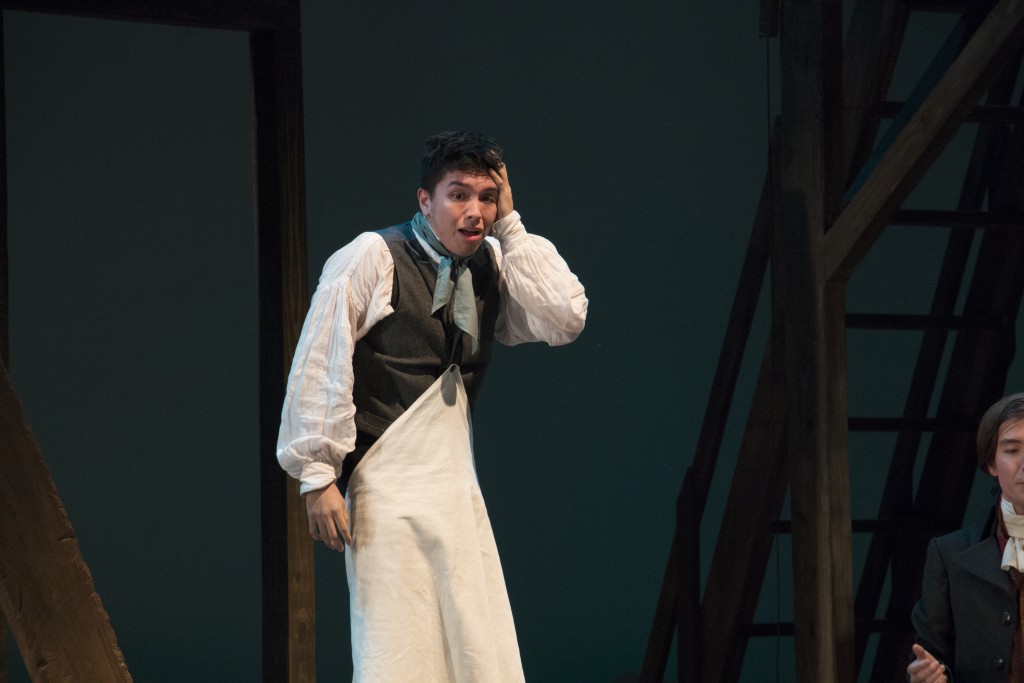 Student cast and crew members are preparing to perform an adaptation of Mary Shelley’s “Frankenstein” in the Sharp Theater this weekend. The Ramapo theater production arrives during the bicentennial anniversary of the novel’s original publication.

Young Victor Frankenstein is fascinated when he succeeds at creating life from the remains of the dead. When his monstrous creation is nothing like he imagined, he abandons his Creature, submitting him to a world that fears and rejects him.

The Creature is intelligent and isolated, as the outsider looking in on a world where he does not belong. Yearning to have connections and emotions of his own, the creature’s innocent nature turns to misery, which in time fuels his desire for revenge.

In an interview with the Ramapo News during their first dress rehearsal, cast members explained the most entertaining aspects of this production.

“All of the sounds in the show aren’t piped in, they’re all being performed by actors on and off stage,” said junior Brian Bushell. “Anytime you hear a sound effect in this, it’s probably one of us using some type of instrument.” This is Bushell’s first time appearing in a theater production at Ramapo College, playing Felix among other characters during the show.

Senior Daniel Vasquez plays the part of the blind old man and other supporting characters in “Frankenstein.” “The best part about this play is the emotions that are played out through everything so to an extent everyone can relate to Frankenstein’s creature,” he said. “It’s not rooted in any specific time, and that’s what makes it timeless and it makes it great. In any time period in any place, the story can work and that’s what makes it so fun to play with.”

Vasquez said the most rewarding part about his role in this production is playing small parts that add context and meaning to important scenes.

“I’ve never truly been part of an ensemble and to see how much of the world is created through the ensemble shows how much influence they have on the performance and the play itself,” he said.