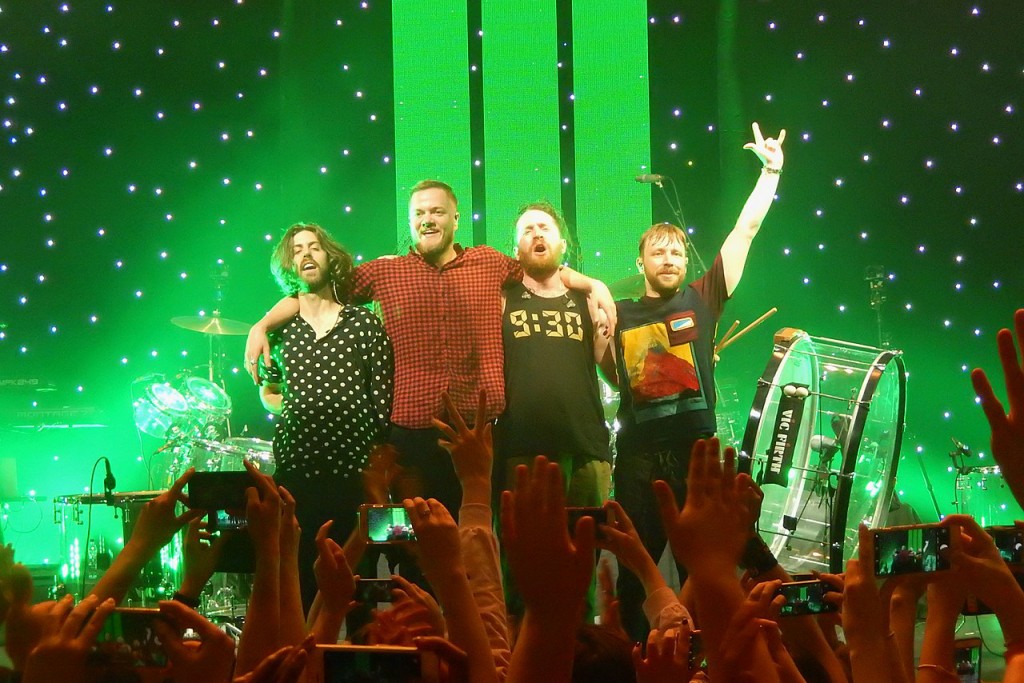 “Origins” is the fourth studio album by rock band Imagine Dragons released through KIDinaKORNER, Polydor Records and Interscope Records. The only problem with the “rock band” label is that it has not been true since their third album “Evolve,” and this album proves that even more.

This would not be a problem if the pop and hip-hop sound they are going for had any creativity or originality to it.

The band consists of lead vocalist Dan Reynolds, bassist Ben McKee, drummer Daniel Platzman and lead guitarist Wayne Sermon, who with every new album and tour just became more of a pretty face standing on stage instead of someone who actually contributes with his talent and musicality.

Imagine Dragons gained popularity in 2012 with their successful single “Radioactive” on their debut album “Night Visions,” which seamlessly blended indie and alternative rock together. Their second album “Smoke + Mirrors” was more experimental but offered a few interesting songs.

Sadly, their third – and now fourth – album are just unimaginative attempts at appealing to as many people and genres as possible. “Origins” feels rushed and uninspired, with only a few songs that offer something more than repetitive drum machine beats and screaming choruses.

The first of the few songs is the lead single “Natural.” It is a nicely constructed song, with emotional and atmospheric variety, but it is still very repetitive and predictable. Lyrically, it is mostly meaningful and walks a fine line between abstract and literal.

The other singles also walk a line between predictability and meaningfulness. “Zero” ruins its lyrics with bland instrumentals. “Machine” finally has a prominent guitar, but the lyrics get convoluted instead of telling a simple revolutionary tale, losing vital emotion and strength. “Bad Liar” is actually the best song on the album, with depressive lyrics and an interesting upbeat melody that balance each other perfectly.

“Love” is an insultingly bad attempt at a feel-good song against prejudice. “Bullet In a Gun” has a very interesting bridge, with Reynolds screaming, “Sellout, sellout, sellout!” at the end of it, and the anger is almost palpable, but the rest of the song is very generic.

Other songs on the album are extremely forgettable and feel like just filler to reach a certain album length. They are filled with signature Imagine Dragons convoluted lyrics and overused instrumentals.

Imagine Dragons is a group of talented artists, who show less imagination and creativity with every album they make. This is especially in regards to the instrumental area, which is now just a repetitive clash between uncreative bass and drums. The lyrics sometimes shine thanks to Reynolds, as he recently ended his marriage and that pain can be felt in his performances, but the good lyrics get buried under a pile of meaningless words.

Their popularity will not diminish because of this mediocre album, and they will continue to fill up arenas. That does not change the fact, however, that this album is only enjoyable to listen to in the gym, and only if you phase out the disingenuous lyrics and concentrate on the upbeat and repetitive instrumentals.