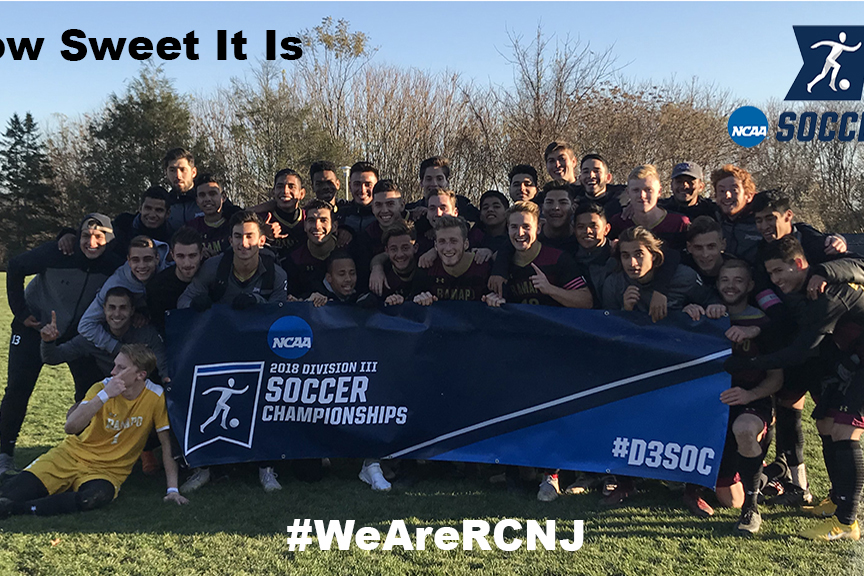 The Ramapo College men’s soccer team is advancing to the sectional round of the NCAA Tournament, or the “Sweet 16,” after two consecutive shutout wins in the first and second rounds of the tournament this past weekend.

The Roadrunners faced off against the Pride of Springfield College in the first round of the tournament on Saturday Nov. 11. Ramapo set the tone early in the first half with senior Guilherme DeNovaes recording his second goal of the season off of an assist from junior Joseph Fala in the second minute.

The score remained 1-0, until the 81st minute of the game when Trevor Albrecht assisted forward Fala in scoring his 26th goal of the season, still holding the Division III record for most goals scored.

The 2-0 shutout victory allowed the Roadrunners to advance to the second round of the tournament, where they faced the Connecticut College Camels the following afternoon. RCNJ shutout Connecticut 1-0 in order to secure their spot in the Sweet 16.

Sunday’s game played out with RCNJ getting on the board fairly early, as Fala collected his 27th goal of the season. The eventual game-winning goal was a header off a free kick from junior Justin Charkowski in the 10th minute of the first half, 9:54.

Ramapo led in received yellow cards (4-3) and trailed in shots, only recording six to Connecticut’s 13, but still managed to come out on top. This game was RCNJ’s ninth shutout of the season.

The 2018 men’s soccer team is phenomenal The Roadrunners broke the school record by collecting 17 wins in a season, and now advance to the sectional round of the NCAA tournament for the first time in the program’s history.

Scorers aside from Fala included Nick Petrozziello, Chris Nash, And Edward Franzoni who each recorded four goals apiece. Goalkeeper Joshua Schaffer tallied a team high of 95 saves this season, as he faced off against 223 shots. Schaffer has logged over 1,940 minutes in the net, starting all 22 games.

The Roadrunners now must face a familiar foe, the Montclair Red Hawks, for the third time this season. Ramapo has already lost to MSU twice, and are determined to gain at least one victory back. Montclair defeated Colby College and New York University in order to advance to this next round of the tournament.

The 2018 NCAA Men’s Soccer Sectional Round of the tournament will take place at Tufts University in Massachusetts on Saturday Nov. 17. Ramapo has one last shot at defeating this NJAC conference rival. Kickoff is at 1:30 p.m.