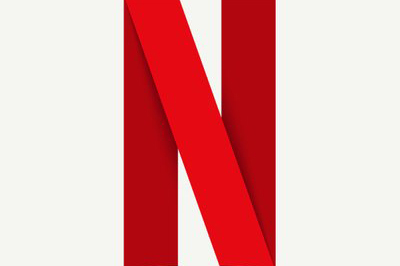 Released this past Friday on Netflix, “Westside” is a 2018 reality series that shares the stories of nine talented musicians and their upcoming rise to fame.

“Westside” shows the struggles the artists had to face in order to make it to their dreams. The first episode introduces the cast of the show as they each tell their personal stories. They are uniquely different and the only thing they share is their passion for music.

One is Austin Kolbe, who has pretty much been on his own since the age of 14. He ran away during his childhood due to being raised in an unstable household, but music became his life and an escape from that environment.

Pia Toscano is also a part of the first season of “Westside.” Many may know her due to her placement on the show “American Idol.” Toscano had hopes of making it until she was eliminated during the competition back in 2011.

However, she still landed a record deal and had the opportunity to pursue her music career. But things don’t always go as planned. To her, Toscano feels that her whole life consumed of rejection. On this show now, she wants to prove to the world she can finally become more than just a past memory.

The series depicts personal growth and struggles that each person faced. During the episodes, the show includes music videos that are performed by the cast. The first music video that is displayed is entitled, “We Are the Ones,” which gives the cast an opportunity to showcase their talents to the audience.

Pia Toscano experienced insecurity from her rejections and appears on the show for a fresh start. You can witness the hurt in her voice and all the struggles she went through to be there. Toscano’s fight for her dreams leads her to encourage other up-and-coming artists to never give up and continue to push for their career.

This reality series is different from your ordinary reality show. It is rumored that many reality shows are scripted and many can witness how inauthentic certain aspects of these shows are. People specifically watch these reality shows for the physical fights, arguments and drama that everyone loves.

But “Westside” brings an emotional appeal to the audience. Everyone in the cast went through hardships many couldn’t imagine facing. However, you are constantly reminded of the problems that each cast member experienced, which can be overwhelming at times.

During the second episode, you see a lot of emotion and hurt as viewers witness tears, anger and frustration when each member shares the stories behind their music.

With music involved, it slightly takes away from the reality that the show is supposed to present. But it does bring attention to how becoming an artist isn’t always as easy as it seems.

When people listen to music, it probably never crosses their mind about how the artist got to the place where they are. Many had wonderful opportunities while others had to fight. Thus far, the show has been received well, but there’s work that needs to be done.