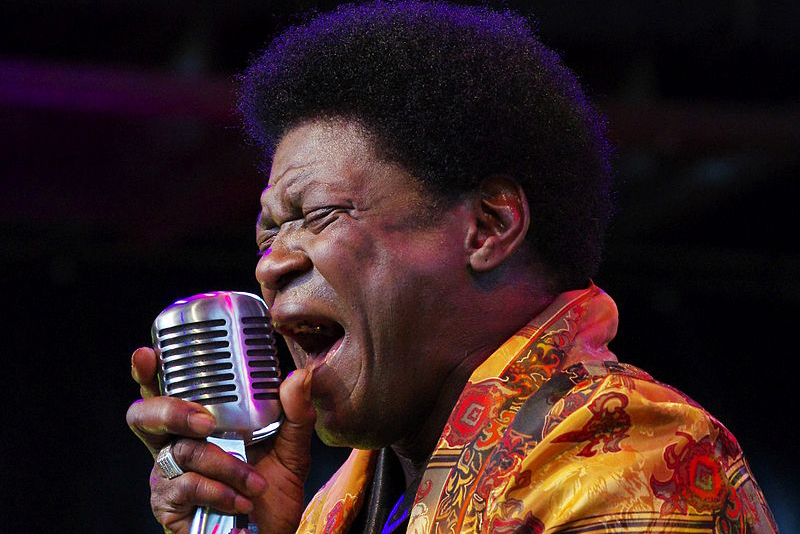 “Black Velvet” is the first posthumous release from soul singer Charles Bradley following his death in September of 2017. The scratchy voiced singer’s time in the spotlight as a figurehead of soul revival was extremely brief and “Black Velvet” now makes up a quarter of official releases, showing the small scale of material he had released decades after the heyday of the musical genre.

The album title is in homage to Bradley’s nickname for a James Brown cover band he led for over 10 years beginning in the late 1990s. This hurrah, this final passionate pulse from Bradley should be instantly recognizable to any follower he has and infectious to those not yet privy.

Bradley’s singing on “Black Velvet” contains all the wonderful and powerful traits of his rasped voice only altered by age. Bradley’s vocals are fantastic, even with these session recordings straight out of the ‘60s. What truly puts Bradley’s name, however, is the pure, raw energy he puts into his performances. Bradley’s voice on any song at anytime about anything is so visceral that it practically takes on a life of its own.

“I Feel a Change” holds some of the cadences that we were familiar with on Bradley’s masterful cover of Black Sabbath’s “Changes.” This original song contains some archetypes of what you’d expect from soul music. The words center around this powerful bond between the singer and some vague, nameless romantic companion.

Bradley’s incredible exertion breathes such life into it however that it moves beyond needing specifics. Bradley doesn’t need to name an actual person in life or in song narrative to mean what he says here.

The song isn’t actually about them. It’s about the gravity of his feelings for them, those feelings in and of themselves. It’s the intense weight and lengths he is willing to go to act upon his emotions which could not be more fitting for someone like Bradley.

He covers Nirvana’s “Stay Away” on this album and flanked by the whammy bars of the performance guitar from the accompanying Menahan Street Band, his voice is a live wire that can either weave in and around the other instruments or straight explode into the crux of the song.

The Menahan Street Band provides some excellent ancillary support as they complement to the will of Bradley’s voice.

Never overbearing or overindulgent, the instrumentals set a funk and soulful tone that doesn’t sound out of place in 2018. That’s some of the great genius of it — Bradley and the Menahan Street Band are playing a genre long past its prime and yet the music never sounds like a gimmick.

Charles Bradley’s flesh and blood singing style over the agony of his pained lyrics have cemented him as an essential of soul music despite a public eye career that only stretches back to the beginning of this past decade.

The album’s final song, “Victim of Love” is the amalgamation of everything that Charles Bradley is when he stood with his microphone. The piece is intensely emotional and overwhelmingly appropriate serving as this farewell for the singer.

Bradley releases every last molecule of anguish he can gather to leave but one final impression upon the listener as his titanic voice mournfully fades into the distance.

“They’re gonna take me to my grave, baby. / I’m gonna keep on loving you,” Bradley softly exhales where you can practically feel the lights dim out on the stage. It’s truly difficult to find comfort when this voice has so many words yet unspoken into his microphone and so many songs never to be created let alone sung.

But “Black Velvet” provides a touchingly powerful and stirring tribute for the patient and late-blooming Charles Bradley.