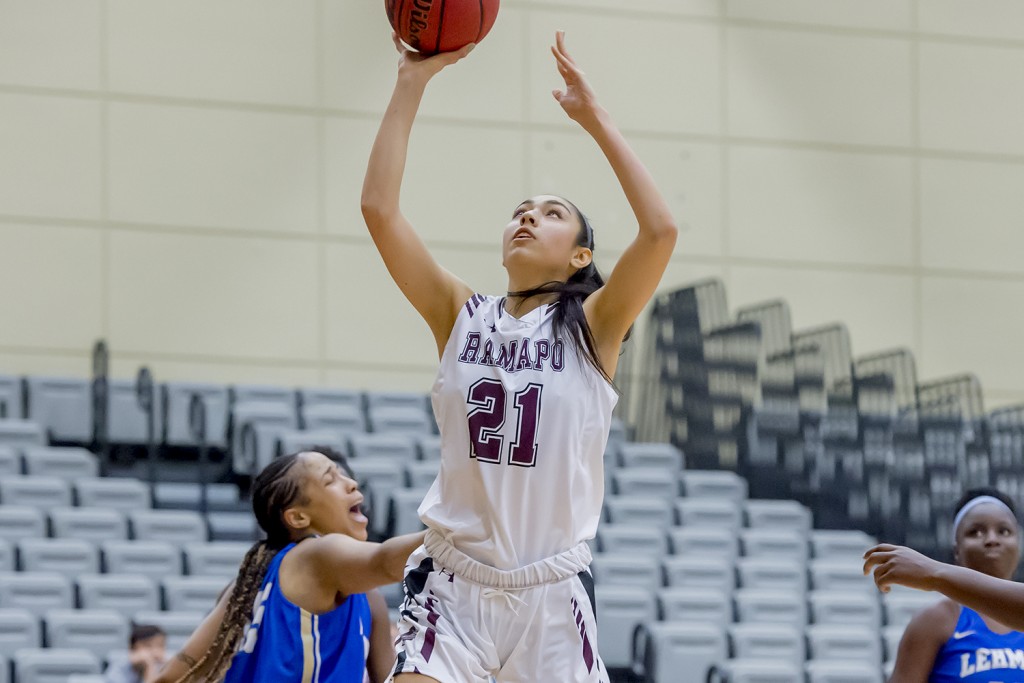 Ramapo College’s women’s basketball team continues their electrifying start to the season after a 58-32 victory over the Centenary University Cyclones this past Tuesday in Hackettstown, New Jersey. The team now improves to a 2-0 overall average on the season while the Cyclones fall to 0-2.

The Roadrunners showed they win at home this season with a crushing 72-34 win in their season opener against Lehman College. But a winning in a home environment can mean nothing if you can’t translate that type of dominance to road play. Well roll-out the red carpets and mark-up those stat sheets, because this team has been putting on a show early into their season.

Despite the overall step up on defense, the Cyclones were the first to get on the board with a three-pointer from Taylor Bossert. This must’ve struck a nerve with the Roadrunners, as the team proceeded to go on a defiant 14-2 run shortly after.

Led by Ramapo College senior Tia Solomon, who dominated the paint with 12 points in the game and two steals; the Roadrunners looked like a team that couldn’t be stopped once they started going. Juniors Jessica Repasy and Jenna Harsh added to that first-half offensive blitz with a few backbreaking three pointers, as both players combined for a staggering 18 points.

The real MVP of the game, however, was the 32 turnovers that the Roadrunners forced, resulting in 35 points that the Cyclones are surely wishing they had back.

The astonishing amount of turnovers made it much more manageable for the Roadrunners to capitalize and find easy buckets for the remainder of the second quarter, and well into the second half of play. One of the key players to help out in this regard was junior Stacey Porzl who ended the day with four steals, while her six assists were just icing on an already bountiful cake.

Ramapo went into the locker room leading 38-16, but obviously they weren’t done as they came out firing on all cylinders in the second half.

The players pushed their lead to 27 in the third quarter after Repasy hit an easy jumper, putting the Roadrunners up 48-21. The Cyclones exhausted all the gas they had left in the tank in the fourth to bring the score to within 21, but it wasn’t even close to enough as the Roadrunners ended the day with a 7-4 run for a 58-32 road victory.

While you can’t ask for a better start to the season, the Roadrunners now have to gear up for the competition they will be facing on Friday, Nov. 16 when they host the Roadrunner Tip-Off Tournament.

Ramapo will take on Medgar Evers College Friday at 7:30 p.m. while the first game of the weekend will see Southern Vermont College take on St. Joseph's Brooklyn in the Bill Bradley Center. The winners of each game will play at 2:00 p.m. on Saturday, Nov. 17, in the Championship game, so make sure to come on out and support this exhilarating Roadrunners squad.