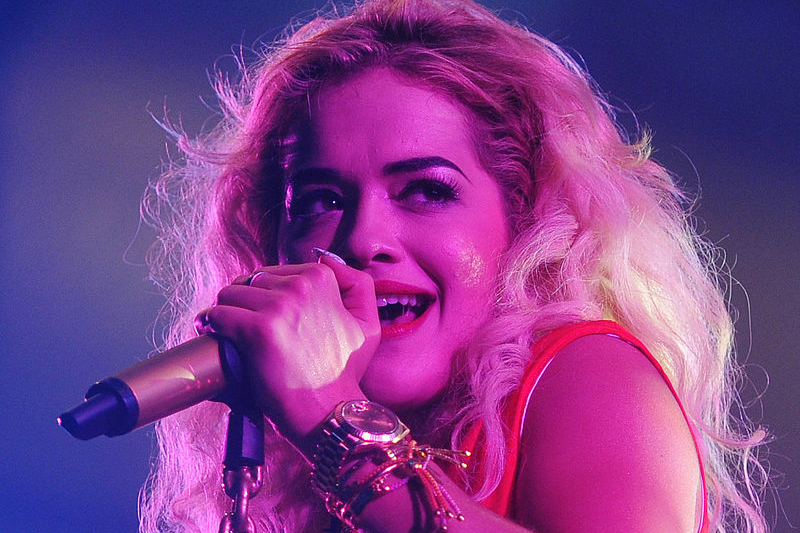 Ritabots tuned into the release of Rita Ora’s highly anticipated second album on Black Friday. The new album titled “Phoenix” proves that once again the British pop star is here to stay despite critics and fans believing she would never return to her music.

Ora’s sophomore album came six years after her debut album, a very long time for many new singers. Despite the setback while putting together her new album, Ora has remained in the spotlight with her lawsuit against her former label Roc Nation, her dating history with other celebrities and separate business ventures.

Fans were able to get a glimpse of the album for over a year as songs were dropped as singles. Last summer the lyrics of “Your Song,” an Ed Sheeran co-written smash hit, were stuck in our heads from constant play on the radio. A collaboration with Liam Payne for the soundtrack of “50 Shades Freed” gave us the love ballad “For You.”

Of course the album wouldn’t have been complete without the all-girl collaboration song, “Girls,” featuring Cardi B, Bebe Rexha and Charli XCX, which sparked backlash from the LGBTQ+ community.

The album revealed Ora’s artistry as she was able to spin it in the direction that works for her, a feat that was nearly impossible when she was at her old label Roc Nation. The singer had been working on her second album since the release of her first but was forced to withhold her ideas due to creative differences within her label.

In 2015 seeking to emancipate herself from the label, the singer had filed a lawsuit with Roc Nation with complaints that the label only allowed her to release one album even though she had worked on other projects and also claimed that the label had been taking 21 percent income. The label filed a counter suit, claiming the artist had broken her contract.

A settlement was reached in May 2016 and nearly a month later she signed to Atlantic Records. The singer was then forced to start over with new material and have since proved herself. Although the album was loaded with features from well-known artists, Ora was able to hold her own with tracks that re-established herself as the singer we have come to know.

The album’s first track “Anywhere” is an upbeat feel good electro-pop song while “Let You Love Me” displays the singer’s vulnerability and fears for love, stemming from her many past failed relationships.

“This album is a true labor of love, and it was important for me to do it my way. I’m so appreciative of the love and support from those who worked with me on the record and allowed me to create something I’m really proud of,” said Ora in a statement regarding her album.

While singles from the album have topped the charts in the U.K., they have not gained traction in the U.S., yet Phoenix still appeals to Ritabots around the world.