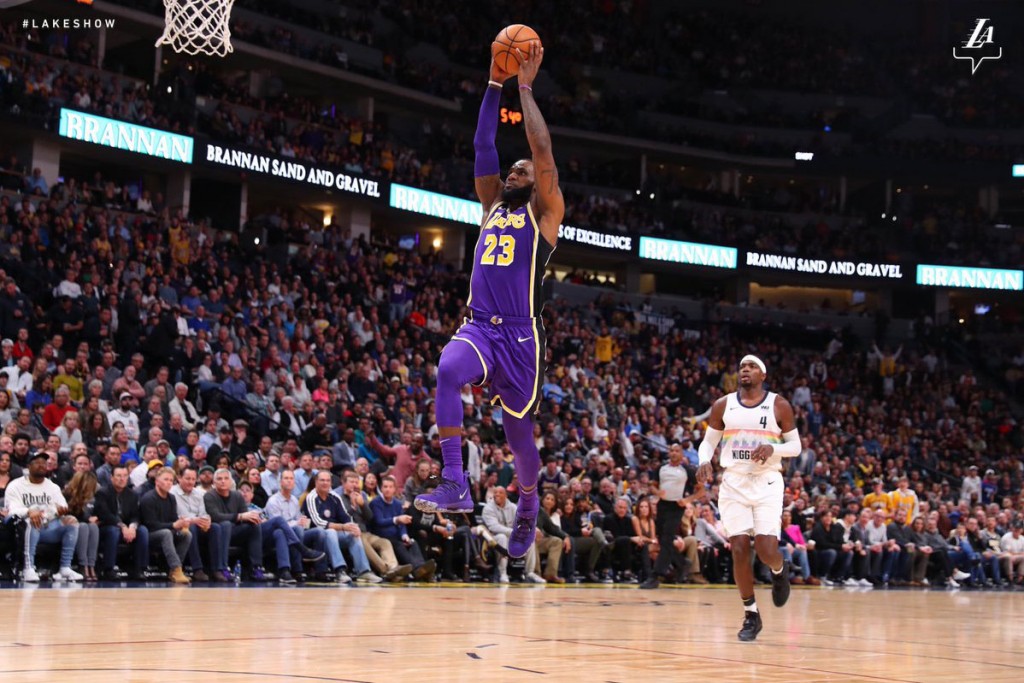 Through the first couple weeks of the NBA regular season, the Los Angeles Lakers have an 11-9 record and are staying afloat in the competitive Western Conference, where the top ten teams are only separated by one or two losses.

Without a doubt, it is still too early in the season to generally project the road ahead for the Lakers, even with their high expectations. After signing superstar forward, Lebron James, to pair with young up-and-comers, Lonzo Ball, Brandon Ingram and Kyle Kuzma, their 11-9 start has leveled out the high expectations leading up to the season.

Their inconsistent start has left many clamoring for Magic Johnson, the Lakers’ president of operations, to acquire another superstar sooner rather than later.

All-stars Anthony Davis, Kawhi Leonard and Kevin Durant have been names linked to the Lakers in the approaching offseason, but Johnson could make an aggressive move for a solidified star now, in order to better compete with the upper echelon teams in the league, like the Golden State Warriors and the Boston Celtics.

Some believe that it would be best to let young players like Ball, Ingram and Kuzma to continue to learn to play with Lebron so their growth can enable the Lakers to be competitive now and still have a solid foundation for the future when Lebron decides to retire or sign with another team.

Out of Ball, Ingram and Kuzma, Ingram has been the name most involved in trade rumors. Ingram was the second overall pick in the 2016 NBA draft, with the Lakers envisioning him as a Kevin Durant-like lengthy defender and limitless scorer. However, three years into his career, Ingram has not yet made the leap that one would expect out of a high lottery pick with his length and size.

Johnson simply can not get tangled up in the “p-word” that has lost countless executives and coaches their jobs: “potential.” The Lakers selected Ingram with the idea that he had the potential to be a face of the franchise and an elite scorer, but that potential has not yet materialized the way they envisioned.

Sure, Johnson can wait this season out and make a run at superstars in the coming offseason, but in doing so, he would just be taxing another arduous season on Lebron, who has accumulated roughly 45,000 playing minutes in his career. Lebron is still in the prime of his career, so Johnson must also wrestle with the risk of other superstars not being as interested in signing with the Lakers at all.

Essentially, if Los Angeles does not trade for an all-star this season and fails to acquire a star in free agency, Lebron’s patience is likely to run razor thin, like it appeared to be doing earlier in the season when he told the media that he almost cracked and had to remind myself he knew what he was getting into.

Johnson’s best bet is to pursue an all-star via trade as soon as possible, with guards such as Bradley Beal or Kemba Walker. These players would give Lebron a more polished and reliable teammate, and serve as another centerpiece that could attract future free agents.

When the Cleveland Cavaliers overtook the Golden State Warriors in the 2016 NBA Finals, Lebron had fellow all-stars, Kyrie Irving and Kevin Love by his side.

If Johnson is hesitant to trade one of their young pieces for a solidified all-star this season, Lebron’s win-now attitude and experiences can certainly alter Johnson’s attitudes.