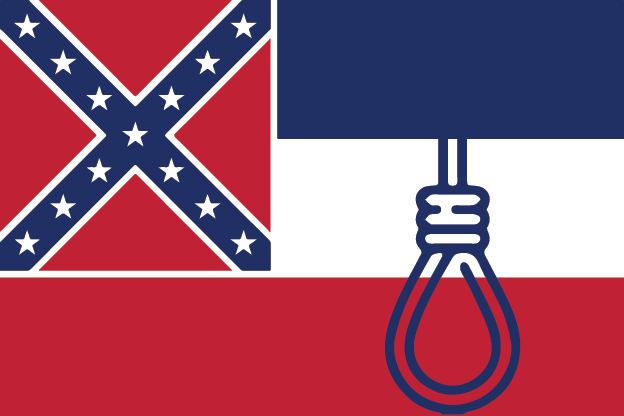 Nooses, accompanied with signs painted in red, black and green, coincidentally the colors of the Pan-African flag, were found outside the Mississippi State Capitol the day before the state’s special Senate election.

This state’s election, which featured Republican Cindy Hyde-Smith and African-American Democrat Mike Espy in a special runoff on Nov. 27, were already charged with controversy.

A few weeks prior, Hyde-Smith – who won the election – sparked a public outrage after a journalist posted a video of her disregarding lynch victims on Twitter.

“If he invited me to a public hanging I’d be in the front row” were the words uttered from Hyde-Smith’s mouth that many African-Americans in the state regarded as a slap in the face.

As many know, Mississippi was notorious for the lynching of black people. Out of 4,743 lynchings that had taken place between 1882 and 1968, Mississippi had the highest number with 581, according to the NAACP.

While Hyde-Smith had apologized for her comments, it was clear that they were not accepted.

A week later, a sign found outside the statehouse read “We want leaders who give honest apologies and can be humble enough to admit when they’re wrong.”

A sign found on Monday at the state capitol followed suit as it read “On Tuesday, Nov. 27 thousands of Mississippians will vote for a senator. We need someone who respects the lives of lynch victims.”

This past election season has proved major change in America with many African-Americans and minorities being elected into higher positions. Unfortunately, in a majority of the races, candidates have been caught in the midst of racially charged tactics in an attempt to dissuade them.

Stacy Abrams was subject to ridicule after a robocall labeled her as “a poor man’s Aunt Jemima.”

Republican Ron DeSantis stated that Florida couldn’t afford to “monkey this up” after winning the Florida election against Andrew Gillum.

Both incidents used derogatory language that was once common in the south to belittle black people.

The statements that were made at the state capitol were clear. African-Americans were fed up that although they have gained equal rights for themselves, the country still disregards their presence and history here.

In Mississippi, an investigation has been launched to find those who have left the nooses and signs at the capitol building. The Mississippi Department of Public Safety believes that the act committed was a hate crime and said they will not tolerate it.

While the signs were a way for people to express how they feel to the public, the use of nooses were a bad judgement call. The people who hung the nooses neglected to take in consideration of how it may trigger some.

For many black people living in America, many might find they have ancestors who might've found themselves on the end of noose during a period that didn't even occur too long ago. A terrible memory that will never be forgotten should not have been used in a political statement.

A person who hangs a noose as a mechanism to instill fear in 2018 is someone who shouldn't be in political office.