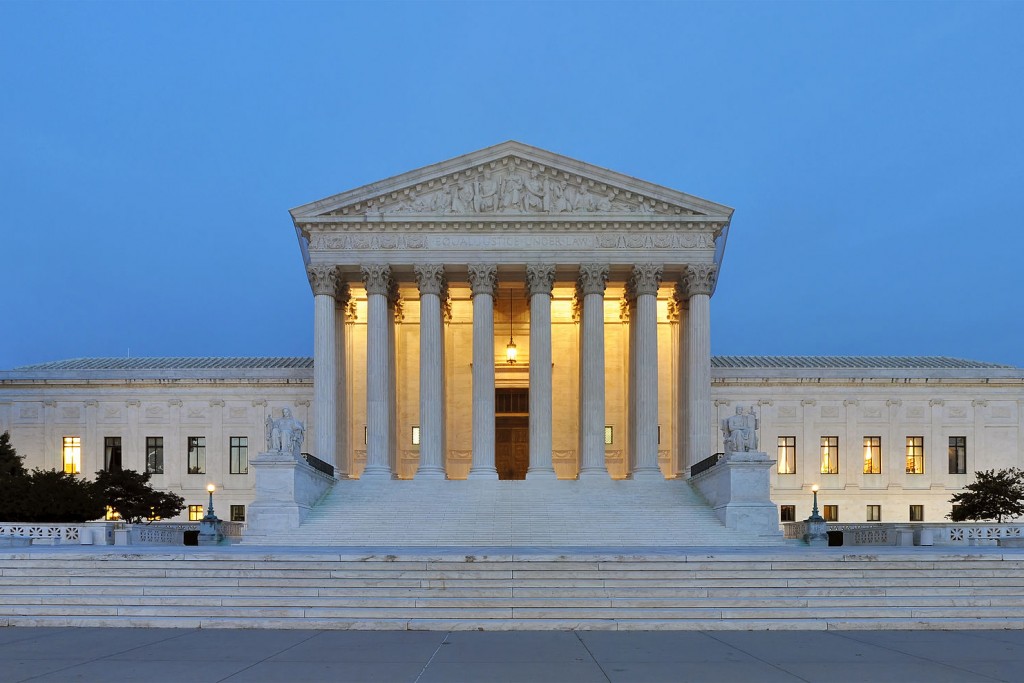 The U.S. Supreme Court is a subject of excitement or apprehension depending on who is talking. Over the years, the Court has dominated public attention and news coverage, and was even a major influence on the 2016 election.

To provide some political history on the Supreme Court, Ramapo College administrator Michael A. Unger delivered a lecture on the Court, looking specifically at its ideological makeup and how recent events impact this balance.

Unger began his discussion with George H.W. Bush’s presidency and his two Supreme Court appointments, David Souter and Clarence Thomas. He specifically noted the impact Thomas’ appointment had on the Supreme Court’s ideological balance and the precedent it would set for Republican Party appointments.

“This was a massive shift in the Court’s ideology because he took a very liberal person and replaced him with someone who is quite conservative,” said Unger.

Unger stated that while Souter had been a “middle-of-road conservative” initially, he would drift toward the end of his term. Thus, Unger stated the Republican Party started a trend of appointing the most conservative candidates possible for their positions.

Unger then shifted the lecture’s attention to political minorities and power, focusing on the Court’s history of rulings and its relation to dominant and minority powers.

“One thing I teach my students is not to confuse the myth of America with the reality of America,” said Unger. “This is that the Supreme Court hasn’t really consistently protected political minorities.”

Unger stated that regardless of what era of history America is in, the Supreme Court’s decisions have usually been representative of the dominant power’s interest, and that this illusion of a Supreme Court championing minorities is based off exceptions rather than historical patterns.

This led Unger to addressing the ideology of the Supreme Court. The Court’s ideology refers to its tendency to rule with either a liberal or conservative bent. Unger stated that the “median justice” plays an important role in determining the Court's ideological rulings.

Unger explained that before his retirement, Anthony Kennedy occupied the position of the median justice. Kennedy was moderately conservative, but began to drift liberally as his career progressed. When Associate Justice of the Supreme Court Antonin Scalia died in 2016, former President Barack Obama attempted to make an appointment to replace him, thus altering the balance of ideology in the Supreme Court.

“It looked like Democrats had the chance to not just add a Liberal, but to take off a Conservative, and shift the median justice,” said Unger.

Unger explained, however, that Senate Majority Leader Mitch McConnell refused to confirm Obama’s nomination on the basis that it was an election year, supposedly giving Americans the ability to have a voice in the selection process.

After President Trump won the election, he was able to replace Scalia with Neil Gorsuch, who held similar conservative ideology, keeping the Court’s ideological balance stagnant. This was until Kennedy announced his retirement, leading to conservative Brett Kavanaugh replacing him.

“He’s not as conservative as you may think, but he certainly keeps the median justice on the side of conservatives,” said Unger. “This means that you’re probably going to be seeing Roberts, as opposed to Kennedy, being the pivotal vote in Supreme Court rulings.”

Unger did note, though, that while people who are liberal may be concerned about these appointments, he believes that the Court's ideological makeup is still not “out of line with history.”

To demonstrate this, Unger showcased various graphs illustrating the Court’s ideological leanings, revealing that most rulings fell on the conservative side of the graph throughout history in the U.S.

Unger also stated that while members of the Court do not hold the same accountability as elected officials, they still tend to rule in line with public opinion to uphold the Court’s legitimacy and comply with other branches of government.

Unger concluded by acknowledging that Supreme Court judges have become tools in cementing presidents’ legacies, and that McConnell’s ability to block Obama’s nomination has given the Republican Party the ability to shape and mold the judiciary system to preserve its values for a long time.

“If you’re a Republican, that’s a really good thing. If you’re a Democrat, not so much,” said Unger.

Unger is currently an administrator for the College, but in previous years he was a professor of political science. Unger stated that returning to a lecture setting was refreshing for him, and students also seemed to enjoy Unger’s return to the classroom.

“I wish he would still teach classes because I would enjoy his lectures a lot,” said sophomore and political science major Destinee Plama.

Junior Neha Sippy, a law and society major with a minor in political science, shared Plama’s sentiments, expressing her satisfaction with Unger’s lecture.

“Professor Unger represented the electoral process and the system of ideology beliefs in a very open-minded and diverse perspective,” she said. “He allowed students of all backgrounds to feel as though they can relate to the current Supreme Court issues. He is a great professor and enlightened everyone.”