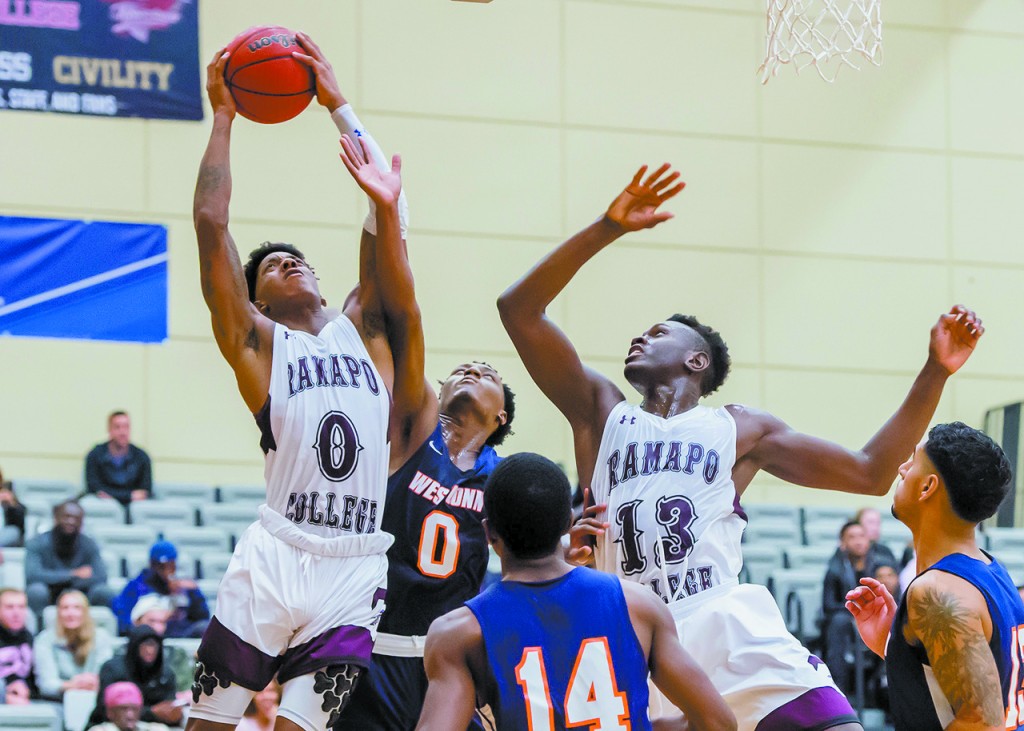 The victory came as a response to their previous defeat at the hands of Montclair State University getting blown out 95-75, their only loss of the season.

At a 27-point margin, the victory is the most lopsided of Ramapo’s wins in this young season. Senior Rob Lewis set the pace as he led the team in both scoring (22 points) and free show percentage (eight of nine). Lewis also handedly cleaned up loose balls by collecting 12 rebounds during the game and securing a double-double.

Stockton opened the night with Steve Ferebee draining a three-point shot but scores from Lewis and Kashaun Barnes quickly gave Ramapo the lead, one that they never relinquished. Barnes himself contributed 12 points in the victory but perhaps none timelier than his buzzer beating layup to close out the first half with a 38-24 Ramapo lead.

The 14-point cushion was too much and Ramapo’s continued scoring pace all but snuffed any Stockton hopes for a comeback. The Roadrunners followed up with a yet another 35 point plus half while limiting Stockton to mere two additional points to their first half score.

At one point in the game Ramapo held a 29-point lead which could never be cut down as Stockton only managed to trade baskets and alternate scores with Ramapo for long durations of the game.

Lewis resumed scoring to put 10 points on the board in the second half while junior Rob McWilliams led everyone in second half scoring with 12 points. McWilliams along with Lewis compile 10 total rebounds per game each.

Ramapo kept it efficient and shot at 47 percent from the field while capitalizing on nearly all their free throws. Stockton struggled mightily with shooting as a team, but still managed to put up a respectable amount of points throughout the second half of the game.

In turn, the trigger-happy Stockton team was prone to rebounds and turnovers as Ramapo muscled 51 total rebounds and scored 22 points off of those turnovers preying upon Stockton's shoot happy offense.

Ramapo’s offensive strength continues to show as the team averages 73 points per game to continue a year-long trend of offense. The aforementioned Lewis, Barnes and McWilliams control the flow of scoring for the Roadrunners.