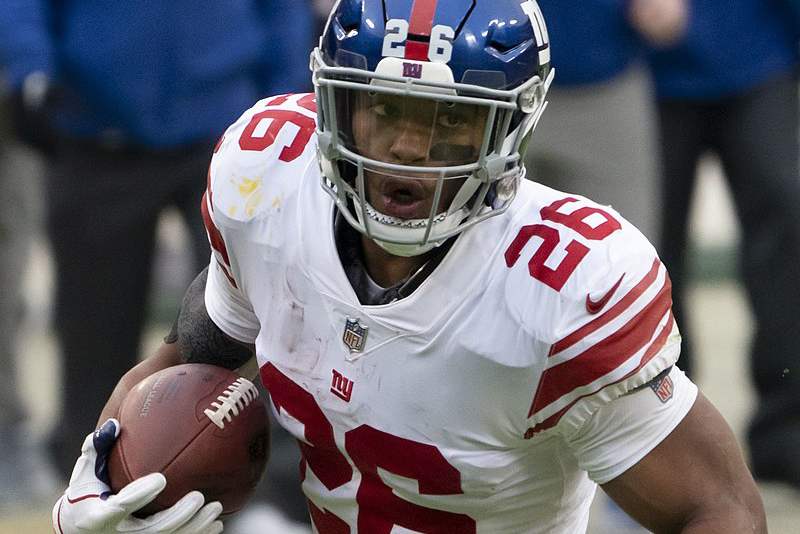 With a first-year head coach, an aging quarterback in Eli Manning and a defense that lacks talent at multiple positions, the Giants have been pitiful at best this season, and their 1-7 start before the bye week reflects that fact.

While this has been a frustrating yet common development for Giants fans, there is something redeeming in being a horrible football team – the NFL Draft. The worse you are, the higher the draft pick you will receive in the NFL draft, which could put a team in position to get a top college prospect.

While that hopeful and redeeming silver lining remains for a few fans on the East Coast, there’s also some bad news on the attempts to tank their season. Since their bye week, New York has gone 4-1, with wins over the San Francisco 49ers, Tampa Bay Buccaneers, Chicago Bears and the Washington Redskins.

Those wins have improved their record to 5-8 on their season and they have all but effectively killed their shot at the top echelon of draft picks in the order. The top three picks in a given draft, specifically the first overall slot has always carried a mystical and inviting vehicle to fans.

That vehicle being a player who will bring a team from the depths of mediocrity or dysfunction and into contention and possibly a Super Bowl. Peyton Manning, Troy Aikman, John Elway. These names elicit an understandable salvatory response in ailing football fans.

It’s the promise of a fix, a path to get back into relevance and the other pieces fall into place organically.

The Giants are no longer really on this path. The obvious agitation, the calls to tank, have been hindered to a degree that may leave Giants fans dreading “sports purgatory.”

Bad enough to miss the playoffs but good enough to fall out of top draft position.

What this fear doesn’t account for however is that what the Giants are doing: building wins, which carries value in and of itself. No, the four post-bye week wins have not been against particularly good teams, but opponents’ aside, the Giants are finding new ways to achieve victory or cohesion that holds tangible weight.

The previously dreadful offensive line who were headlined by a huge money investment in former Patriots tackle Nate Solder, who started off with little success, and the ineffective Ereck Flowers, who has since been cut, has improved. To an overwhelming degree no, but certainly enough to see Manning completing better throws and finding more time to make them.

Prized wonder-rookie Saquon Barkley has absolutely flourished in his inaugural season. Even he has seen the passage of the season improve his game. The coaching staff and their usage of Barkley has had his receiving skills put to task in the Giants offense.

Barkley had been too often utilized as a safety valve, a checkdown mop for a scrambling Manning. Now because of the offensive line finding its adequacy, Barkley can be lined up in the slot or even as a wideout to fully bloom the clear talent he has in his hands.

Giants head coach Pat Shurmur has overseen Barkley catching a large portion of passes well behind the line of scrimmage to start the year and has since had the confidence to send the young back to run routes downfield. He is showing the ability to be more of a Le’Veon Bell with multi-dimensions in an offense rather than just a bell cow who runs the ball.

For perspective, every player in this league is in “win now” mode. No player operates under the mindset that some nameless, future draft pick in an unknown year may or may not step in to dramatically improve a team.

Such things may sound overwrought, but for a team’s rookies and new acquisitions to establish an identity is a value that can carry over beyond a given season.