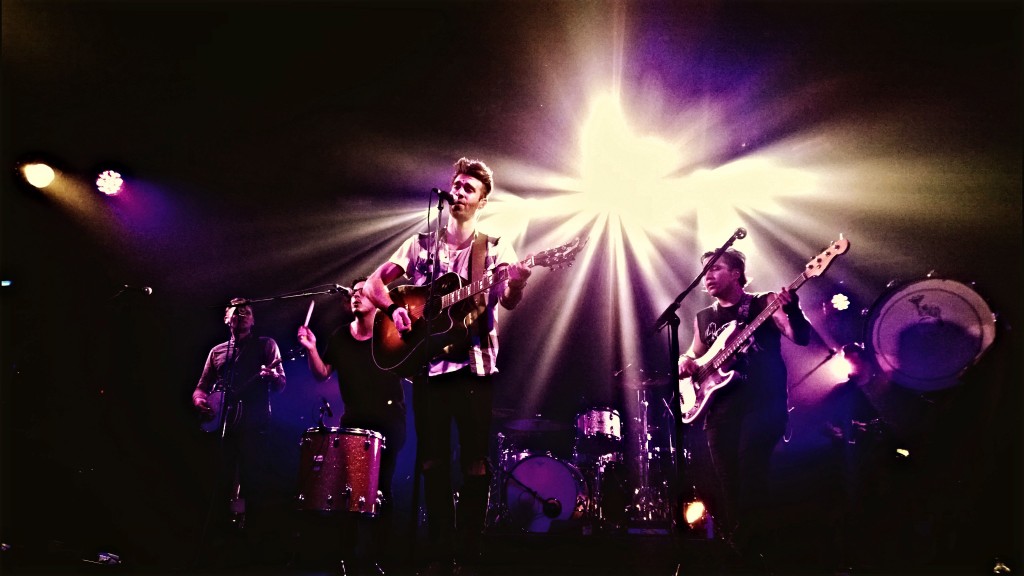 American Authors are back with their third album “Seasons,” a fabulous blend of poppy-synth and alternative rock, and it works incredibly well for the makers of the “Best Day of My Life” hit. The variety of sounds can be disjointed at times though, with the lack of a cohesive sound throughout.

But overall, the surprise of each song sounding different keeps you on your toes, and the ride is an interesting one, to say the least.

They’ve been teasing their third album since May 2018, when American Authors released the first single off the album “Deep Water.”

While their sophomore album “What We Live For” catapulted them into the mainstream spotlight, this album might be a little more forgettable. Each song is distinctly its own and enjoyable, but you can almost assign a certain band’s sound to some songs.

The first three songs go through a variety of sounds. “Stay Around” is the perfect opener: light, catchy, and with some tongue-twisting lyrics that should prove fun to learn. “Say Amen (feat. Billy Raffoul)” is darker, exploring a failed relationship, “What if we could take / Everything we said back? / Take me to the day / The day before it went bad.”

“Calm Down” is reminiscent of a “Save Rock and Roll” era Fall Out Boy, but with a little bit more angst.

However, the album takes another turn with “I Wanna Go Out.” It’s the kind of song you jam to in the car. It’s my favorite off the album, and while it sounds like a song that Imagine Dragons would’ve mixed, it lacks the kind of drums reverberating in the background.

“Neighborhood” is a homage to growing up and moving out, and it pulled at my heartstrings while making me think of my own experiences with moving, with its lyrics detailing, “Came back last night just to see you / It's been too long but nothing's changed.”

The sixth song “Can’t Stop Me Now” echoes “Stay Around” and “I Wanna Go Out” with an inspiring message: “Took on the enemy, I told myself I'd never quit / I gotta move forward, not back in time.”

Coming upon “Deep Water,” it also sounds like a discarded Imagine Dragons song that touches on the issues of finding a purpose in life, something incredibly relatable to people today.

“Bring It on Home” takes a complete 180-degree turn, and talks about finding what you love and “[bringing] it on home.” The lyrics aren’t complex, but the meaning is sweet and the beat is catchy.

“Before I Go” draws on similar themes from “Deep Water:” “I hope I find a peace of mind/ In all of my woes… I hope I live my life / Before I go.”

The final song, “A Real Place,” also connects to the previous song, and is a good closing song, with its more ballad-y sound and slower beat for an album that went all over the place.

“Seasons” is a fun album to listen to, with some very good songs, but its major flaw is that it sounds like a bunch of songs on shuffle rather than a cohesive album.