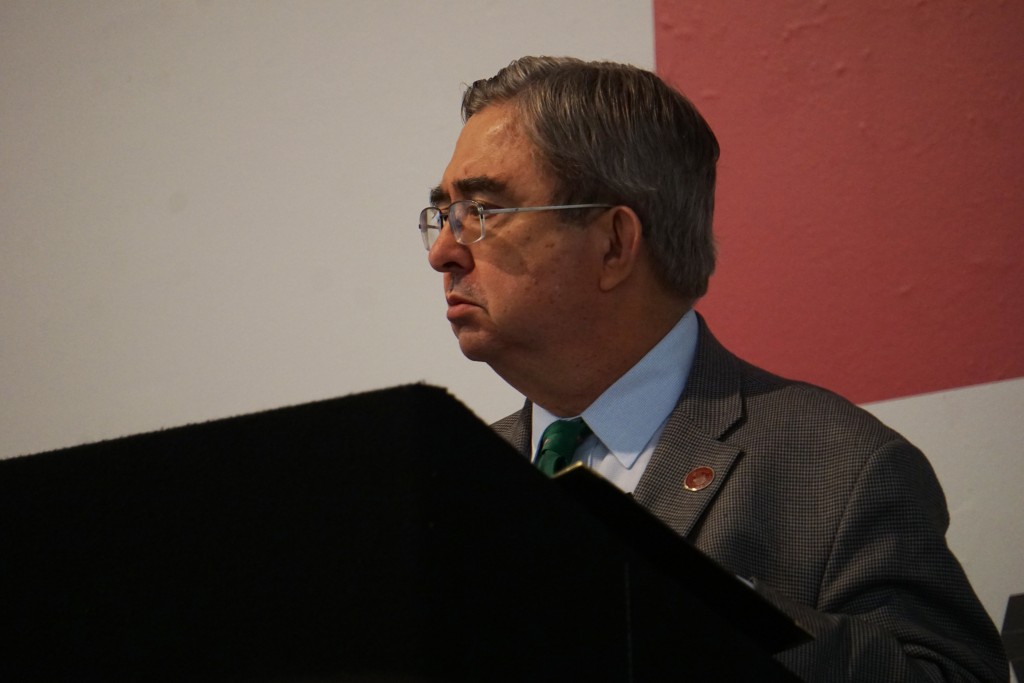 President Peter Mercer gave his 28th bi-annual state of the college address on Wednesday, Feb. 6. Like every year, President Mercer shared some of the new improvements that Ramapo is working on and some achievements we’ve already completed.

As many may know, Ramapo College has recently opened a Dunkin’ Donuts in the Adler center. This Dunkin has been a sweet treat for students, with 13,939 customers in only four weeks the Dunkin has brought in a gross sale of $16,385 and has provided the students with about 4,860 donuts.

One of the new additions Ramapo is looking to add in Fall 2019 is fully online programs.

With new online programs available to students Ramapo can offer an improved learning experience for students who may not be able to dorm and it also allows students to get their degree on their own time with a new customized online program.

The online programs are predicted to be available next fall starting with nursing and business classes.This opportunity would allow Ramapo to create a new influx of students, given that President Mercer shared that our student numbers have been declining, but Ramapo does not see this as a negative.

In response to the potential new technological advancements, including a new VR Tech Lab, professor Susan Eisner took to the mic with some constructive ideas for President Mercer.

“Not that I’m a critic of it, but as someone who teaches everyday and has done a lot of reading on this stuff, we have a responsibility as a society and as academics to help our students get offline.” Eisner said.

Her comments were the only given after the address, but provided some thought provoking ideas about what innovations the school is making, and perhaps which we should be focusing our energies on more.

She also said on the topic of innovation at Ramapo that there seems to be some disconnect among the work professors and academics are doing here.

“I’m encouraging conversation, about how to get innovation, creativity and entrepreneurship for our college as a field of study to allow students to grow, which I think can distinguish us and help with all the other issues.”

The latter of her comment refers to the budgetary issues facing Ramapo addressed by President Mercer. He later answered some questions for us concerning these topics and gave us an idea of how Ramapo intends to face the very real prospect of inflation on prices.

“Change occurs incrementally in higher education, we’re becoming more adept with the inevitable.” His comment applies not only to the issue of prices and how he says the inflationary costs are being built in, but also how the school intends to face issues of sexual assault and bias.

The reports are read by public safety during their normal business hours and are dealt with to the best of public safety’s ability and while this form is helpful when handling situations regarding other students, this form is not to be used for emergencies.

Despite the few students in attendance, President Mercer also felt it was important for us to know that “the relationship of students, SGA and the administration has never been better.” Though the school is an institution, students remain top priority at Ramapo.