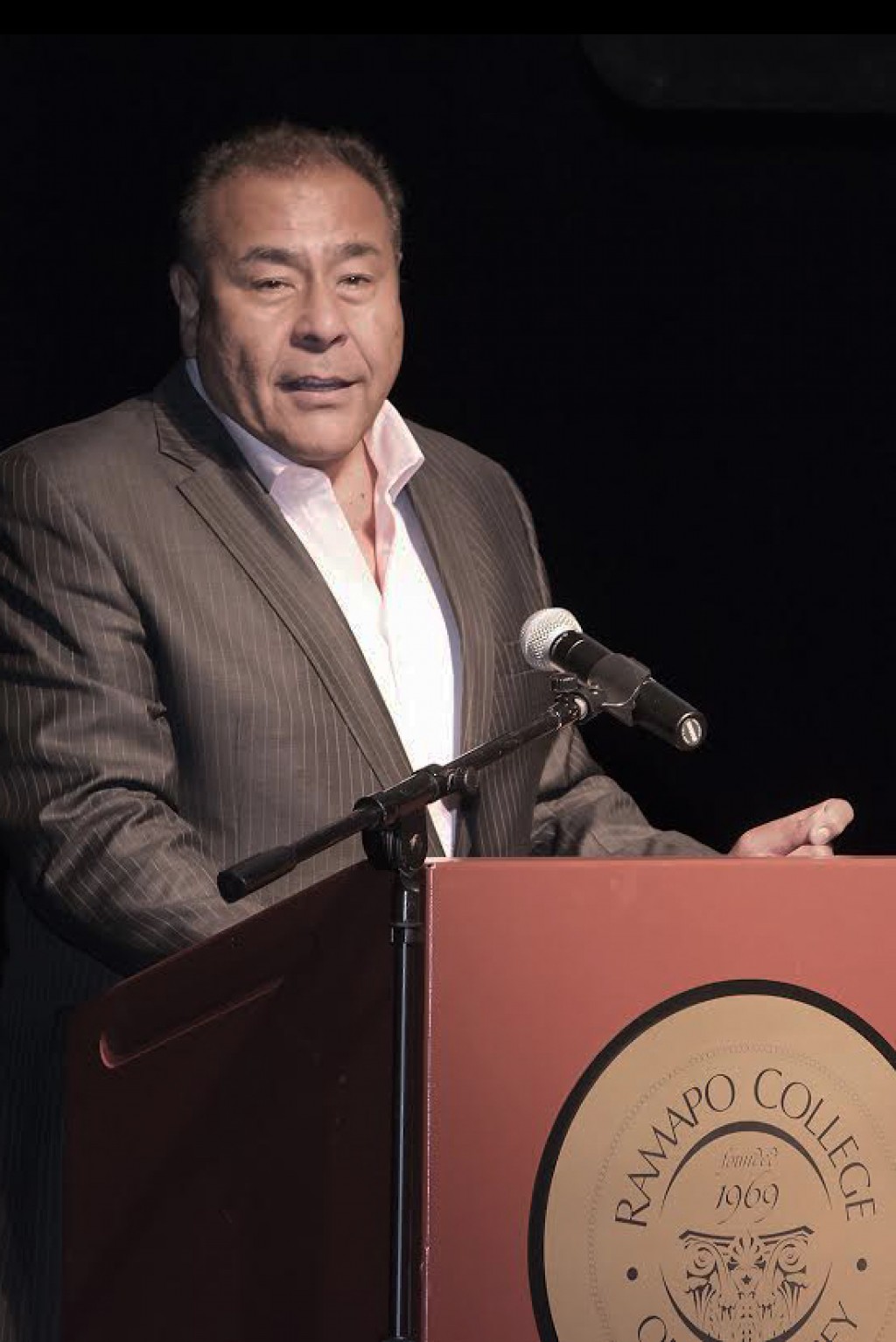 President Mercer opened up the event by describing its purpose, stating, “The creation of the annual diversity convocation was formed for opportunity; for students, faculty, and staff to get together and celebrate diversification.”

Best known for hosting the ABC News hidden camera show “What Would You Do?” John Quiñones was introduced by Student Trustee Karen Aguirre as a “celebrated television anchor and news correspondent who covered noteworthy reports including undercover work focusing on international problems in the Latinx community.”

He has also won several Emmy Awards, including one for his work on “Burning Questions: The Poisoning of America,” a 1988 documentary about pollution.

Quiñones started off his speech by remarking that it is gratifying to be speaking during Black History Month. He then quoted Martin Luther King Jr. to set the tone for the speech:

Growing up in San Antonio, Texas, John Quiñones talked about his childhood and growing up in a solely Spanish-speaking household. He did not learn English until he was forced to in elementary school, when he was “spanked on the rear three times” whenever he spoke Spanish in class.

To this day, Quiñones states that he still experiences negative responses to speaking Spanish in public throughout the United States. He claims this to be an “ethical dilemma,” as many Americans associate the speaking of Spanish with anger and fear through the remarks of our President. This is where Quiñones states that in order to defeat the bigotry, we as a society should “tackle hatred and fear with courage and communication.”

No one believed in Quiñones’ dreams of being a television reporter. School counselors would judge him by the color of his skin and the accent in his voice.

However, he kept following his dreams through the words of his mother, who repeatedly told him to “not be so embarrassed by eating beans and quesadillas for lunch. That doesn’t matter. What matters is in your heart.”

Quiñones has been a reporter since he was 13, starting off reporting for his school newspaper and later becoming the editor-in-chief. After college, he went on to intern at a local country music station, and from there, he was accepted into Columbia University’s notable journalism program. Then, he went straight to Chicago as a reporter where the first stories he covered dealt with the immigration crisis in America.

It did not take long for him to pick up a job at ABC News after his multiple Emmy wins. John Quiñones has since worked for ABC for decades.

Quiñones describes the events that occur in “What Would You Do?” to be a test of whether the chivalry we conjure in our heads will be implemented in our reality.

“When we witness any kind of injustice, do you step in or do you step away? Isn’t that the true definition of character? It’s not what we do in our heads,” Quiñones said to the audience.

Before the Q&A session, Quiñones finished on this note: “It is through open, thoughtful and respectful conversation that we learn more about each other and our community.”