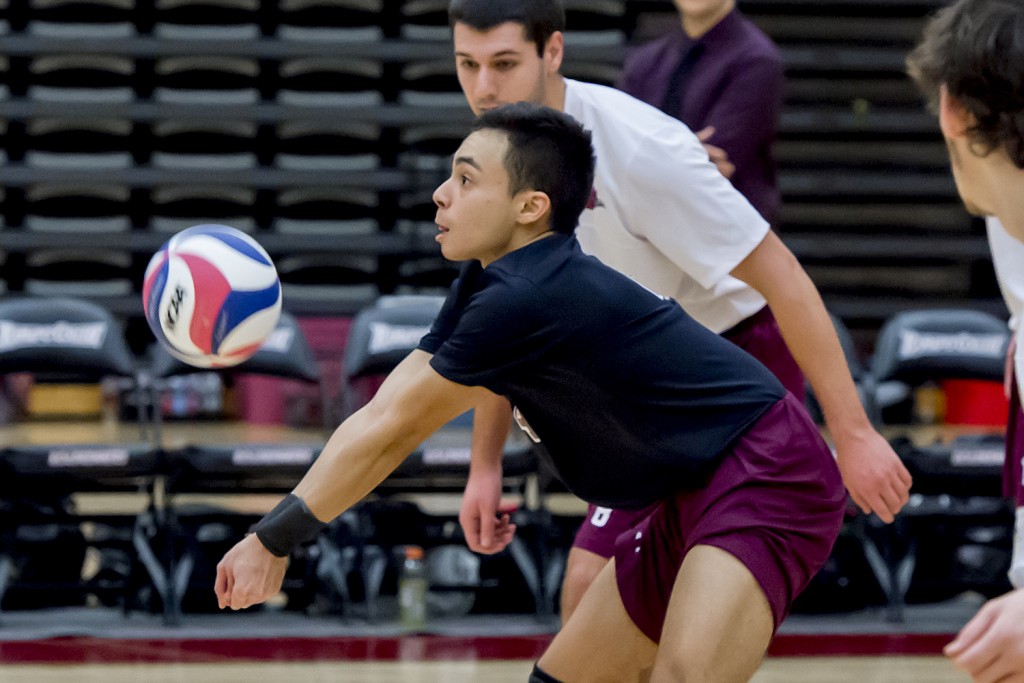 At the men’s volleyball tri-match on Saturday, Feb. 9, the Ramapo College Roadrunners first fell to their conference rival, the Southern Virginia Knights.

In game two, Ramapo redeemed themselves, and gained a victory against the Alvernia University Golden Wolves. The split brought Ramapo to a 3-5 overall record and 1-1 in the CVC conference.

Ramapo began the first set of game two by stealing the first three points. They held the lead for the remainder of the set, even though it was only a two-point game at moments.

Ramapo was trailing behind in the beginning of the second set, until Josh Titus tied it up with a service ace, 8-8.

Alvernia managed to gain their lead back and secured the second set, leaving the match at 1-1 headed into the third.

Back on top, Ramapo stole the third set from AU after Van Thuyne recorded a kill to break another 8-8 tie. For the remainder, Ramapo protected their lead ending the set 25-19.

The final set of the match showed to be the most intense, with the score tied up on 11 separate occasions, but the Roadrunners showed the most strength at the very end.

With the score 25-25, captain Stephen Codispodo dished out a kill, with Van Thuyne right behind him posting the winning kill. Both assists were contributed by Titus. The final two points resulted in a win for the men’s volleyball team.

Once again Van Thuyne would be the team leader, this time picking up 20 kills and one assist. Codispodo posted 12 kills on 17 attempts with a mere two errors.

Other key players included Finnegan with nine kills and Charlow who added eight. Plitt tallied 19 huge digs and without Titus on setting duties, Ramapo might not have grasped the win, as he tallied 54 assists in total.

Collectively, Ramapo stole 70 points and 60 kills on 120 attempts. The team tallied four blocks and 18 errors, allowing them to come out on top.

The men’s volleyball team will travel to Marymount University for their next matchup. At 7 p.m. on Friday, Feb. 15, the Roadrunners will face the Saints for a conference game in Virginia.