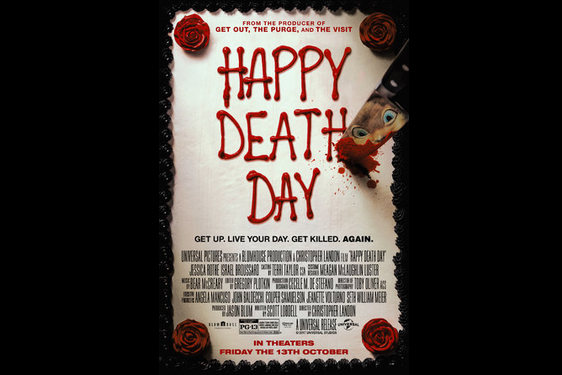 In recent years, no other production company working in Hollywood has been able to reach massive critical and financial success like Blumhouse Productions.

Regardless of whether they’re aiming to produce an Oscar nominee that successfully touches on a controversial topic within mainstream America (Jordan Peele’s “Get Out”), or even a film that simply wants to scare the hell out of you (James Wan’s “Insidious”), CEO Jason Blum has managed to bring various horror projects to life for (usually) dirt cheap.

One of those projects was Christopher Landon’s “Happy Death Day” (2017), which ultimately took the central idea from Harold Ramis’ “Groundhog Day” (1993), and turned it from a straight-up comedy into a slightly comedic slasher film.

With a production budget only costing around $4.8 million, “Death Day” was generally enjoyed by critics and audiences, and grossed around $125 million worldwide, causing Blum to greenlight a sequel as quickly as possible. Thus, we have “Happy Death Day 2U,” with Landon and crew returning to continue this story, once again using a low-cost budget ($9 million) to do so.

The first “Death Day” ended with college student Theresa/“Tree” (Jessica Rothe) successfully breaking her time loop by discovering the identity of the Babyface killer that hunted her down, while also beginning a romantic relationship with Carter (Israel Broussard), who had helped her track down the killer.

“2U” begins immediately where the first film left off, now with Carter’s roommate, Ryan (Phi Vu), stuck reliving the same day over and over again, with a new Babyface killer out to get him. However, these time loops, as we quickly find out, were the result of a quantum device built by Ryan and his friends known as the “Sissy,” and that the killer that was going after him was actually a Ryan from another dimension.

Believing that this would kill his doppelganger, Ryan activates the Sissy, which causes Tree to become stuck not only in another time loop, but in a parallel dimension where Carter is dating Tree’s sorority leader Danielle (Rachel Matthews), and her mother (Missy Yager), unlike in Tree’s own dimension, are actually still alive.

Now, Tree must break her time loop once again, as well as decide whether she wants to return to her dimension, or remain in this one.

It’s official: The “Happy Death Day” franchise has turned away from the slasher genre and towards the science fiction/dimensional travel sub-genre, with a heavy emphasis on comedy and self-aware absurdity above all else. While there are certainly elements similar to that of the average slasher film, generally speaking, “2U” aims for an almost completely different tone and direction.

But even with that said, those slasher elements, which are heavily prevalent within the first act, is what causes “2U” to slow down more than it should. More often than not, most of what we witnessed in the first film is simply being repeated here, particularly during the first and second act.

When Landon decides to have some fun with a downright ridiculous concept like the “multiverse theory” as opposed to just adhering to genre conventions, that’s when “2U” becomes the most entertaining, and a large part of that comes from the fact that this is a strange, albeit believable direction to take this franchise.

With that ridiculousness comes comedic writing that benefits from that concept, and thanks to Rothe’s on-screen charm and charisma, effective comedy is able to successfully carry through. But that comedy, however, doesn’t always land the way Landon intended it to.

The first film’s humor was arguably scattershot as well, but at least it was generally concentrated on the narrative and Tree’s overall goal to find out who her killer was before it was too late. When a joke is written within the context of the concept, as opposed to simply being a joke for the sake of quick laugh or chuckle, that’s when the screenplay shines.

With “Happy Death Day 2U,” Landon knew that there was potential to bring the story that started with the first film to the next level of intentional absurdity, and in a market saturated with horror films of various sub-genres, this certainly tries something drastically new for a change.

There are flaws that should not be left unnoticed, but “2U” isn’t trying hard enough for enough people to care, and yet Landon, the crew and Blumhouse are very much aware of that.

It’s a sequel that was purposefully made for next-to-nothing, and for what it could have been – a generic slasher film that lacks a clever narrative and defined personality – I’ll take what I can get.