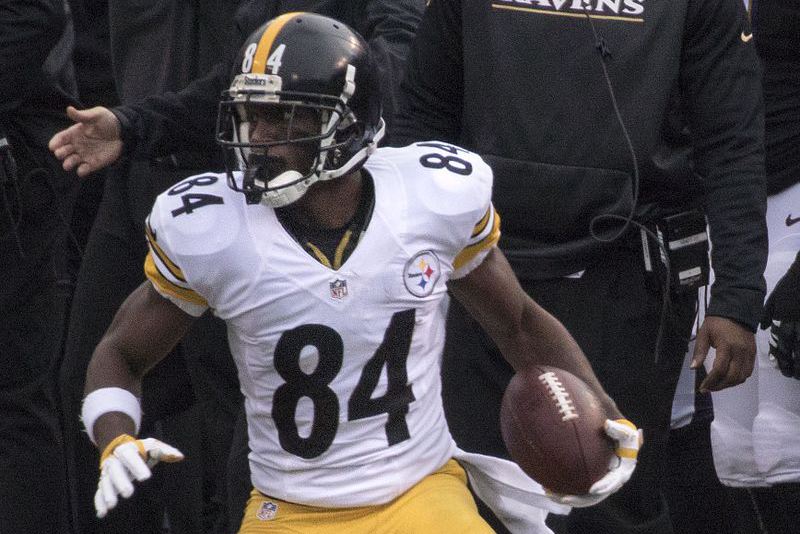 For the second straight offseason, the Pittsburgh Steelers find themselves once again in the center of controversy. After failing to reach an agreement on a contract extension with star running back Le’Veon Bell last offseason, Bell decided to sit out the entire 2018 campaign, not once stepping onto the field or suiting up alongside his teammates. While backup running back James Conner played well in Bell’s absence, it was clear to see how much of an impact he truly had due to his receiving skills and patience in the backfield.

Fast forward to the end of the 2018 season and the Steelers have another problem within their organization. Star wide receiver Antonio Brown, arguably one of the three best receivers in the game, has requested a trade from the team following reports of growing conflicts between him and quarterback Ben Roethlisberger. Brown even went onto Twitter over the weekend to announce his displeasure with his quarterback. He tweeted, “He has a owner mentality like he can call out anybody including coaches. Players know but they can’t say anything about it otherwise they meal ticket gone.”

After meeting with team president Art Rooney II on Tuesday, Feb. 19, to clear up the air, as both parties agreed that it was time to move on. It is widely expected that Brown will be wearing a different uniform by the start of the 2019 season.

The Steelers were supposed to be a dynasty in the making, led by the “Killer B’s,” Roethlisberger, Brown and Bell with additions like Juju Smith-Schuster and James Conner. This was supposed to be the team that would overthrow the New England Patriots. It seemed that things were trending in the right direction for them when they beat New England this season for the first time since 2011, but their heartbreaking losses to the New Orleans Saints and the Oakland Raiders ultimately let the Baltimore Ravens sneak ahead and win the AFC North. Instead, the Steelers will most likely be beginning next season without Brown or Bell after the team announced on Wednesday that they weren’t placing the franchise tag on Bell.

There are several questions that will now be discussed within the next few months: Is it worth trading for Brown? What are teams willing to give up for an outspoken star wide receiver? What can Bell command on the open market? Will teams question Bell and Brown’s love for the game after sitting out a season?

The NFL is certainly a quarterback driven league, and receivers and running backs have a persona of being “divas,” but the blame for the fall of a once heralded football team must be divided equally including laying some on Roethlisberger.

It’s certainly true what they say about the NFL now … there is never truly an offseason anymore.