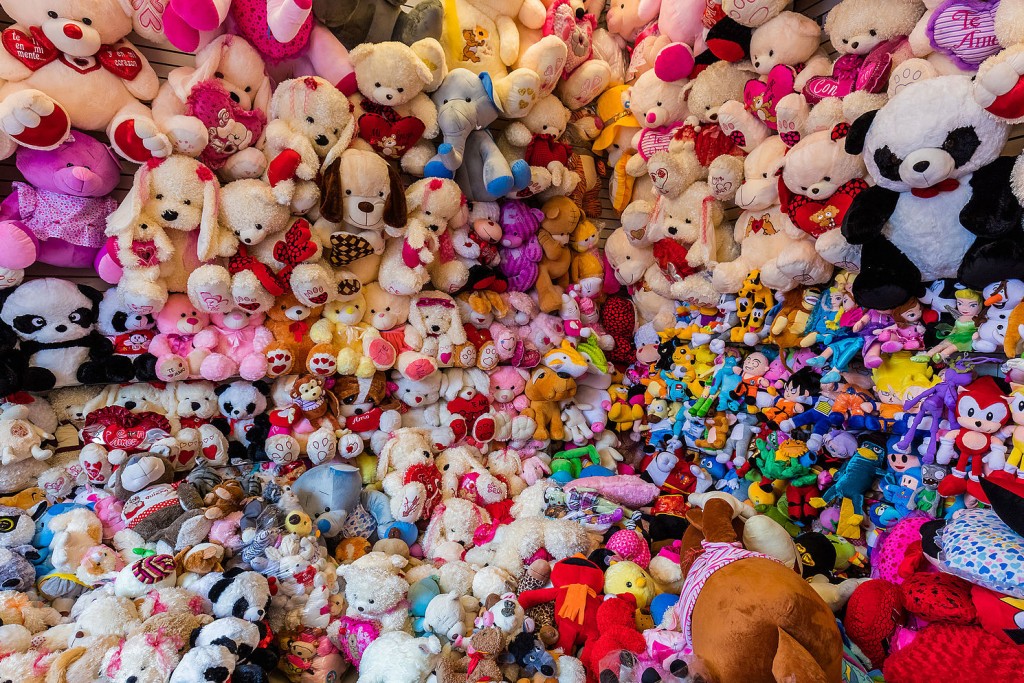 By far the cutest event on campus, Stuff-A-Plush has been one of the most well-attended events of the spring 2019 semester so far. On Friday, Feb. 15, the College Programing Board hosted their first round of Stuff-A-Plush for the spring semester after seeing the success of this event in the past.

During the fall 2018 semester, the College Programing Board hosted several Stuff-A-Plush events, some specifically for commuter students and others geared toward everyone.

Late in the evening, students gathered in Friends Hall, where the CPB was preparing to accommodate up to 200 students. The considerable turnout from semesters past meant that a large body of students were expected to attend, and they surely were ready for it.

The line in front of Friends Hall began forming more than half an hour before doors opened, with students trailing a line down the hallway of the student center.

Student Cindy Piza was 44th in line, and says, “I came early so I was able to get the plush I wanted. The stuffing was really soft and, if it stuffed correctly, the plush looked really good.” To say the least, these students were excited to get to stuff their very own plush.

Not surprisingly, this event went just as well as the others. Students packed Friends Hall to a brim (to fire safety standards, of course) and engaged in a relaxing night of creating their very own plush animals.

This included casual background music playing, volunteers handing out materials, and students diligently getting to work at creating a new cuddly friend.

What appeals to many students is that everyone goes home with their very own plush. Unlike other events, Stuff-A-Plush generated a soothing atmosphere that was ultimately quite pleasant to engage in, without the tension produced by raffles or other competition. The night filled Friends Hall with laughs and casual conversation over disproportionately stuffed plushies.

There’s something inherently charming within the concept of craftinging your own stuffed animal. The layout of this event is simple: Give the students a plush and stuffing, and allow them to fill it up. Though this may seem like an easy cop out to make participants believe they are creating their very own unique toy, it adds an aspect of personalization and lends a nod to the pure childlike joy that many of us can still admit to seeking.

Freshman Sarah Cole said, “It was a fun time that felt a lot like Build-A-Bear. I felt like a kid again.”

This event sets a pleasant atmosphere for friends to gather and release the stresses that come with being a college student, with youthful grins adorning the faces of all the young adults present. The CPB serves this important purpose which often goes acknowledged.

Throwing such events together takes time and meticulous planning, and the results seemed to have been worth it.

Students without a doubt approve of the College Programing Board’s use of its allocated budget in this way to unite each person in attendance with a new plushie friend.