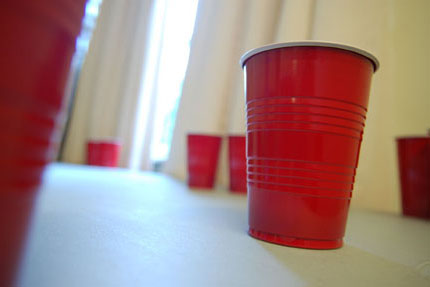 The weekends can sometimes be your only savior, especially after a long week. If you’re a girl in college, the local bar or perhaps a campus party, is sometimes the much needed antidote to a week of dreary classes and tedious study routines. So, when Friday hits we get dolled up and grab our friends to let off some steam.

While no one ever anticipates danger on a fun night out, that doesn’t mean it cannot happen. Just like many families practice a set of rules to follow in case of a fire, or to prevent an emergency, there have been cases where women have done the same.

“Girl Codes” have been established by women for decades to keep friendships intact and friends safe. Something simple like checking in with your friends to see if you look nice in an outfit before going out in public is one easy safety measure to take.

In an effort to create a solid set of girl codes, myself and other college women across the Ramapo campus have come up with 10 girl codes for any night out – here's my top five:

While the top five rules may be deemed as common sense, there are many who don’t follow them. But the reality is, just by following the top five, you can assist in preventing women from becoming targets of sexual assault – a rising problem that has been prevalent on college campuses.

Statistics have shown that in 2016, reported rapes for four-year colleges in New Jersey had increased by 24 percent from the previous year. It has also been proven that for many of the incidents, alcohol played an important factor.

While many believe that the increased numbers are due to colleges raising awareness to encourage students to report incidents, these cases are rising at an alarming rate. The top five schools in New Jersey with the most reported incidents are Rutgers New Brunswick, Princeton University, The College of New Jersey, Ramapo College and Rowan University.

For many women that attend Ramapo College, the school being number four on the list was a big shocker.

The reactions that came after seeing our school's placement on the list helped serve as the basis for the next set of 5 rules:

For decades, girl codes have been used to help girls distinguish what is unique about themselves and their group of friends. Although we get a good laugh at some of the more foolish codes, it’s time that we start using these codes to actually benefit us.

So, on your next girls’ night out, take a timeout from the excitement and get serious about preventing the night from going sour.