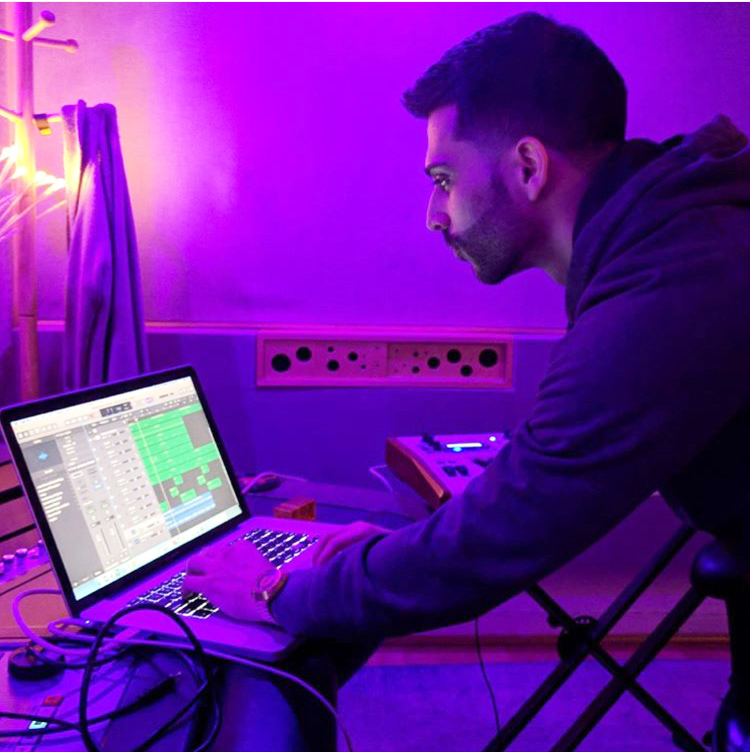 Ramapo alum Brandon Korn is one of the music producers who had a hand in crafting Travis Scott’s Grammy-nominated hip-hop album, “Astroworld.” Korn, who graduated in 2014 and resides in Woodcliff Park, New Jersey, worked on the album’s leading song “Stargazing” and has also had success producing pop and hip-hop songs for artists like DJ Khaled, Lil Kim and Chinx.

In a recent interview with the Ramapo News, Korn recounted his experiences while studying at Ramapo College and suggested advice for students aiming to work in the music business.

After completing his general education requirements at the University of Hartford, Korn knew he wanted to pursue a career in music and remembers Ramapo’s strong music production program was the main reason he decided to continue his studies at Ramapo.

Since he graduated from Ramapo, before the addition of the Les Paul Recording Studio, Korn remembers utilizing the school’s Mac computers for extensive recording programs like Logic when producing music for class projects and for  artists outside of class.

Professor Ben Neill, who had Korn in many of his music production classes, remembers him as being a very diligent student with a strong work ethic: “He was always very clear that hip-hop was what he wanted to do,” he said. “A lot of students are not quite as clear on a specific niche that they want to focus on, but he was very much focused on hip-hop.”

To land a job in the music industry, Korn believes people must maintain a high level of focus and prioritize music as more than just a hobby.

“It comes down to putting everything aside that doesn’t have to do with your goal,” he said. “I literally only do stuff that’s going to further my career which is working on music every day, answering my emails and following up with people.”

In addition to strong communication skills, he said social media is an essential tool to help build a working network. As for honing recording skills, he encourages students to take advantage of working in larger recording spaces, especially the Les Paul Recording Studio located in the H-wing.

Throughout his time at Ramapo, Korn completed an internship at Daddy’s House Recording Studio in New York City. To this day, after producing many different songs as a freelance producer, he cites his internship as his launchpad for success.

“I always tell everyone the most important thing in my career was having an internship,” he said. “If you’re going to get into the music business, whether it’s on the creative side or the business side, get an internship at a studio or a music label, somewhere you’re going to be involved with real life situations that aren’t being taught to you just in a classroom.”

From his internship, he started to assemble his music industry network which he believes was the catalyst for his “Stargazing” production opportunity.

As a freelance producer, a typical day at work for Korn involves composing different melodic samples, sending them out to multiple producers and then waiting to hear back. After emailing the melodies of what became the opening hook of “Stargazing,” he received a positive response from a Los Angeles producer, asking if they could incorporate his sample on Travis Scott’s new album.

Working in a New York City studio, Korn collaborated with Los Angeles producers through digital means to craft the opening instrumental of an album that would become a contender for the “Best Rap Album” at the 61st Grammy Awards.

The weekend following the Grammy Awards ceremony, Korn was also acknowledged by Ramapo faculty at the College’s annual Les Paul Festival on Feb. 16. Korn was gifted this year’s Les Paul Award and is proud to be the first Ramapo alumnus to receive it.

“To have the college that I graduated from, my professors and my family, people that actually matter to me the most, to recognize me and award me, it’s just really special and means more to me than a lot of other things because this was very personal,” Korn said.