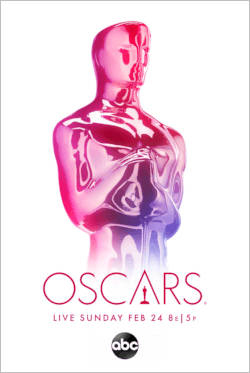 After months and months of nothing but controversy surrounding the Academy of Motion Pictures Arts and Sciences’ decisions regarding the Best Popular Film category, the celebrity that they originally chose to host the ceremony (Kevin Hart), and the four categories (Best Cinematography, Best Editing, Best Makeup and Hairstyling, and Best Live Action Short Film) that were planned to be given out during the commercial breaks, the 91st Academy Awards have finally premiered. And needless to say, viewers and “cinephiles” are somewhat divided on the show as a whole.

Despite the fact that this was the first Oscars ceremony since 1989 to not formally have a host, the opening segment didn’t disappoint. Many of the announcers managed to still bring the energy to the show, especially when Tina Fey, Amy Poehler and Maya Rudolph brought effective humor within the first few minutes, that many viewers even began to wish that they were secretly hosting.

The rest of the show, however, was ultimately full of ups and downs. On one hand, many of the nominees and nominations that deserved to win their respective categories did just that. Whether it would be Regina King’s win for Best Supporting Actress (“If Beale Street Could Talk”), Alfonso Cuaron’s win for Best Director, Best Cinematography, and Best Foreign Language Film  (“Roma”), or Sony Pictures Animation’s win for “Best Animated Feature” (“Spider-Man: Into the Spider-Verse”), the majority of the nominees very much deserved to take home that iconic gold statuette.

Rami Malek, who portrayed Freddie Mercury in “Bohemian Rhapsody,” was able to edge out Christian Bale’s portrayal of Dick Cheney in “Vice” for the award of “Best Actor,” and after a rather touching acceptance speech, let’s just say, he had a little bit of trouble leaving the stage (hey, at least it wasn’t televised).

Other notable moments included Bradley Cooper and Lady Gaga’s onstage performance of “Shallow” from “A Star Is Born” (even if they did get a little too intimate with each other towards the end), and Rayka Zehtabchi’s humorous, yet emotional speech after being handed the Best Documentary (Short Subject) award for “Period. End of Sentence.”

But by far, the most memorable moment of the entire show was when Samuel L. Jackson announced Spike Lee’s (and his co-writers’) win for Best Adapted Screenplay with “BlacKkKlansman,” which, technically speaking, is the first Oscar that Lee has won so far in the almost-four decades that he has been working in the film industry, not counting the Honorary Award he received in 2016. Not only did Jackson’s rather electric reaction do this honor justice, but Lee going out of his way to hug him with both his arms and his legs cemented this moment as the undisputed stand-out of the ceremony.

On the other hand, there were definitely moments that were questionable, to say the least. The decision to have Laura Dern walk onstage to ultimately advertise or promote the Academy Museum of Motion Pictures for only a minute or so felt very “corporate,” and seemed more like a shameless promotion rather than something to actually get enthusiastic about.

After the award for Best Makeup and Hairstyling was given to “Vice,” the makeup team went on stage to give an acceptance speech that seemed undeniably awkward and unrehearsed, and the outro music that began playing around a minute in certainly didn’t help either. Not to mention, Adam Lambert and Queen’s performance of “We Will Rock You” and “We Are The Champions” that opened the show didn’t seem to impress both the majority of the audiences at home and those at the Dolby Theatre (Christian Bale’s face during the segment said it all).

And of course, it’s time to address the elephant in the room: “Green Book” won the ceremony’s top honor with its Best Picture award. To say that this decision has sparked massive backlash online would be a major understatement. Following the announcement, online users and “trolls” took to social media to voice their disgust over the Best Picture winner, with some even going onto the film’s Wikipedia page to change the title to “Lying White Guilt Trash.”

Even Spike Lee, upon hearing that “Green Book” had won, actually got up from his seat in disgust and tried to leave the ceremony, before security eventually stopped him from doing so. While I think that “Green Book” is a very well-made film, due to the recent controversies amassed by the film, I don’t think it deserved to be recognized for such a prestigious honor (frankly, it should have been either “Roma” or “BlacKkKlansman”).

Since we live in an online society where everyone is always complaining about something, the 91st Academy Awards is unfortunately no exception.