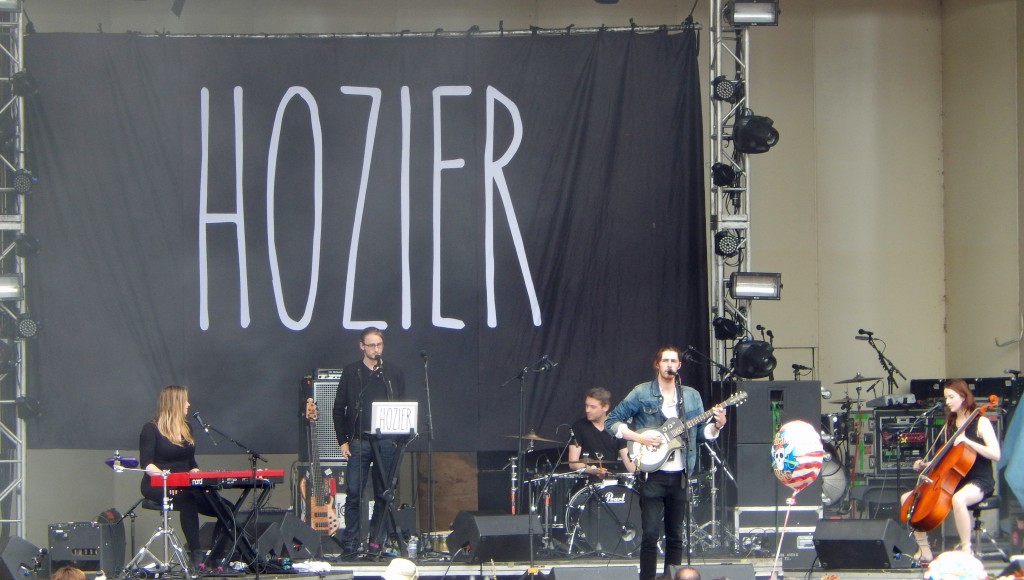 “Wasteland, Baby!” is a triumphant follow-up for the Irish singer-songwriter that features songs from his 2018 EP “Nina Cried Power” – with songs “Nina Cried Power (feat. Mavis Staples),” “Almost (Sweet Music)” and “Shrike” making a return for his sophomore album.

His first album, “Hozier,” spawned many iconic hits, such as “Take Me To Church,” “From Eden,” and “Work Song” – and personal favorites “Jackie and Wilson” and “Cherry Wine (Live).”

In an interview with Billboard, Hozier talked about the influences behind the title track “Nina Cried Power.”

“Nina Cried Power is about crediting the legacy and the result of protest. It is a thank you note to the spirit of protest. I wouldn’t say as such that this is a through line for the album. The through line for the album certainly could be – and I mean this in a tongue-in-cheek sort of way – the end of days, basically. There’s an abiding sense of doom across the record,” he said.

“Almost (Sweet Music)” is a song that eclipses the classic sound Hozier established with his first album, reminiscent of “Jackie and Wilson” but with less bass. It’s a love letter to the jazz artists who have inspired Hozier throughout his career, and he mentions them and their song titles throughout.

“No Plan” sounds like something off an Arctic Monkeys album, with lonesome lyrics like, “What a waste to say the heart could feel apart / Or feel complete, baby.” One of the more fun songs from the album is “Nobody,” where Hozier professes that he can’t fall in love with someone who “I thought couldn’t misbehave.”

“Dinners & Diatribes” discusses a kind of love that forgoes social etiquette, with “Oh, let there be hotel complaints and grievances raised … / Oh, let there be damage ensued and tabloid news.” This song was a little too repetitive in its lyrics and fell short compared to the album’s stronger moments. If “Dinners and Diatribes” is Hozier exploring a different sound, it’s better if he left it for a separate EP.

“Would That I” immediately follows “Dinners & Diatribes” and makes up for it, too. It has more of the sound that flows throughout the rest of the album, and the lyrics are much better.

The penultimate song “Sunlight” was another song that was a little disappointing because it was largely repetitive as the chorus is mostly Hozier singing “All we love is sunlight.”

The album’s closing song, “Wasteland Baby!” is remnant of earlier Hozier songs like “Cherry Wine,” with more of an acoustic sound that was quieter than the rest of the album.

It opens with “All the fear and the fire of the end of the world / Happens each time a boy falls in love with a girl / Happens great, happens sweet / Happily, I’m unfazed here, too.”

Even though it’s framed against a disastrous event, Hozier makes the end of the world seem like a fine price to pay if it means getting to be in love.

The album is full of high points, but some songs are lackluster and worth the skip making it a solid, enjoyable effort for a second album.