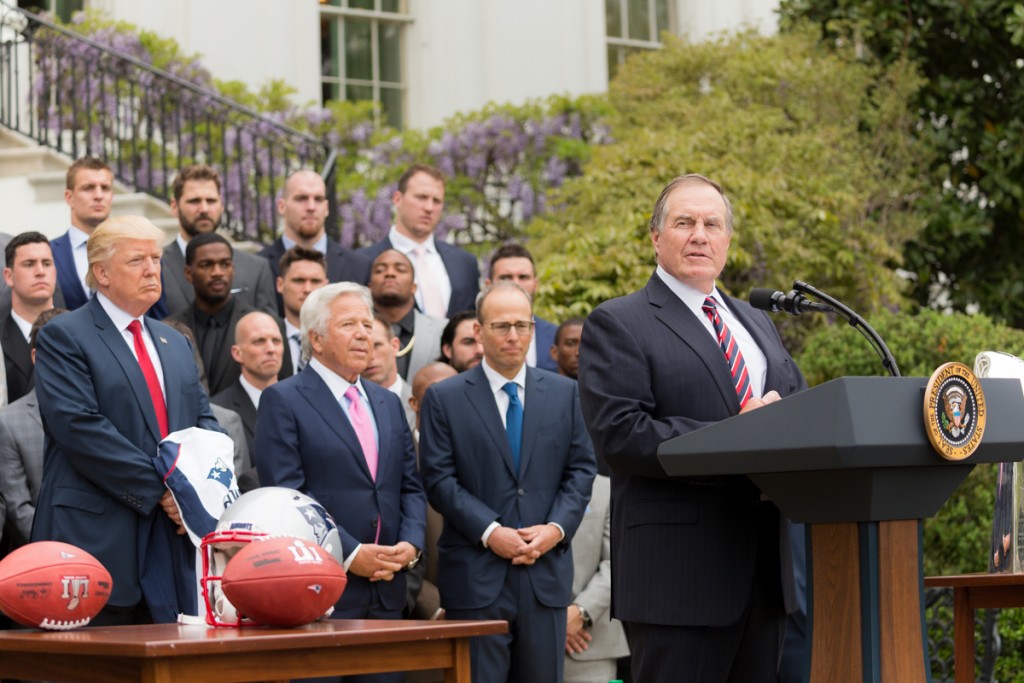 Robert Kraft, the owner of the New England Patriots, has been charged with soliciting prostitution after he allegedly visited the Orchids of Asia Day Spa in Jupiter, Fla. for sexual acts.

He went to the spa prior to the AFC Championship Game in Kansas City,, authorities have said. Documents presented by the Palm Beach State Attorney’s office indicate that Kraft had been to the parlor twice within the span of a day.

There is a videotape that prosecutors say shows Kraft entering the spa, paying for services, then going to the back where he removed his clothes and had a woman massage his genitals. He later tipped her $100 and another unidentifiable bill.

His court date has been set for 8:30 a.m. on Apr. 24. He is facing charges on two counts and if found guilty could receive a fine of $5,000, 100 hours of community service and the possibility of a prison sentence of up to a year in jail, according to an article published by CNN.

This came about due to a widespread investigation put forth by Palm Beach County to crack down on massage parlors in central Florida that are suspected of dealing with human trafficking. Kraft is just one of several hundred men who have been charged with similar crimes.

Solicitation for sexual acts is illegal in Florida and he should be appropriately punished for it if found guilty.

Second chances are not suitable for instances like this. Kraft allegedly went to the spa twice. If that is the case, it's not believable if that he wouldn't know what was happening there,

According to Forbes, Kraft has a net worth of $6.6 billion, which he may think makes him untouchable.

Just because someone is in a powerful position or has made positive contributions to society does not mean that it excuses the harm that has come out of bad decisions.

If Kraft is convicted, he should be pressured to sell the Patriots. There is no reason to have a criminal owning the Patriots while being allowed to make important decisions on behalf of the team.

If the NFL does not force Kraft to sell the Patriots, they are only making things worse for themselves. The NFL has a long history of sweeping abuses by players under the rug and ignoring it, and if they keep Kraft as the owner, it’s almost the same as an endorsement.

There should be zero-tolerance for these kinds of actions, especially for people who hold an immense amount of power and wealth. If anything, they should be held to higher standards as they live their life in the public eye.