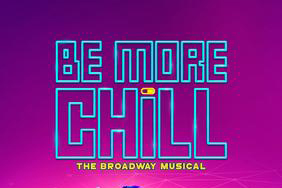 Musicals have made somewhat of a resurgence among younger people in the 21st century, thanks in part to the existence of social media. Works like “Hamilton,” “Dear Evan Hansen” and “Heathers” have been popularized by the large fandoms that have arisen from them, with numerous song covers, fanart and cosplay available on the Internet for viewing.

One of these musicals is “Be More Chill,” which first began as an off-Broadway production in 2015. After several more productions occurred due to fan demand, a 2019 Broadway production was formally announced, with previews beginning on Feb. 13 and the opening night coming on March 10.

With its success comes a lot of hopes and expectations upon first viewing, and not only does “Be More Chill” meet these expectations, but it speeds past them with flying colors.

“Be More Chill” tells the story of Jeremy Heere, the average high school nerd who plays video games with his best friend Michael Mell, gets called a loser and wishes for nothing more than to become popular and win the heart of his crush, Christine Canigula. After an encounter with a popular guy named Rich, he learns about the SQUIP, a technology-filled pill that implants in one’s brain and teaches them how to become popular.

Upon trying the drug, the SQUIP takes on a human form and takes Jeremy down the path of popularity, dragging him through the highs and lows of it, as Jeremy faces his seemingly impossible goal: to get Christine’s attention and stop being called a loser.

The first thing that will stick out to viewers is the catchy and memorable soundtrack. Each song in the musical embeds its own sense of wit into its lyrics, and the characters can express themselves fully through the brilliant writing of each song. Standouts include “Michael in the Bathroom” and “The Smartphone Hour (Rich Set a Fire),”  but each song makes full use of each performer’s vocal range and performing skills.

These also work in the speaking moments, and each character manages to feel real and relatable to younger audiences, thanks to their brilliant portrayals (George Salazar as Michael and Tiffany Mann as school gossip Jenna Roland come to mind).

Additionally, these characters each play a role in the musical’s larger themes about technology, popularity, and the downsides of each. It is a message that feels welcome in a society where being well-liked seems to be the most important thing in young people’s lives.

The message is delivered subtly without feeling like it is taking a hard stance on whether these things are evil. It lets the audience think for themselves, and what they would do in that situation.

The impact is only made more meaningful through the set design and use of props, which feels creative and unique, never leaving any dull moments in the musical. Whether it be a fast-paced song or a slower-paced conversation between characters, each setting feels appropriate without feeling obnoxious. Combine the well-designed sets with the show’s poignant message, and you have a musical that sticks in your mind for long after you see it.

“Be More Chill” has managed to be worth all the excitement that has come with its production. It has relatable characters, a plot that can be familiar to anyone who remembers high school or fitting in with peers, and a soundtrack that will appeal to musical and non-musical fans alike.

With a powerful message combined with creative sets and great performances, the show ends up as a must-see for anybody with a remote interest in theater. Everything about “Be More Chill” is wonderful, and it will be exciting to see what this long-awaited musical’s future will be in the foreseeable future.