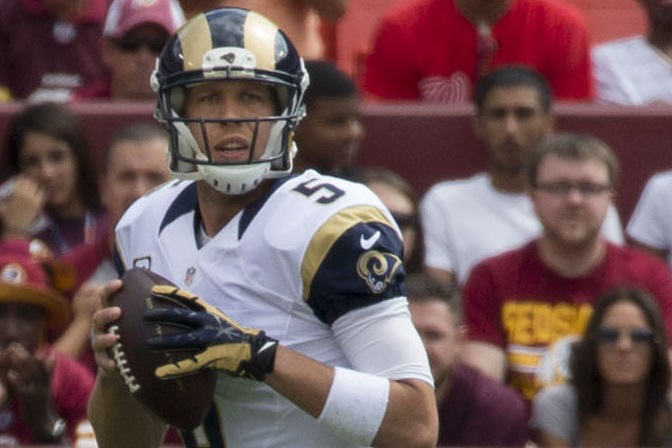 While the NFL has still posed themselves as a professional organization with strict rules, it seems as though some rules are still meant to be broken. That thought process would be in reference to the ridiculous roller coaster that has been free agency this season.

Although players who were on the last year of their respective contracts officially became free agents on Wednesday at 4 p.m. ET, it seemed that many deals were already in the books. That is because all 32 teams are able to speak with free agents under the NFL’s legal tampering rule, which serves as a two-day window allowing for communication between both sides.

Due to the strong verbal commitment of a few former free agents this week, many signings were leaked.

The NFC East appeared to be a division that was exploding with transactions—most notably, and perhaps most frustratingly, for Giants fans who set fire to his jersey—the trading of star wide receiver Odell Beckham Jr. to the Cleveland Browns. In what could be the most stunning trade of the off-season, the Browns are sending first-and third-round picks in the upcoming draft and safety Jabrill Peppers to the Giants for Beckham, one of the NFL’s most top players.

This comes in days after another NFL star wideout, former Pittsburgh Steeler, Antonio Brown was traded to the Oakland Raiders for the low price of third- and fifth-round draft choices. They also added a few players from Super Bowl 53 with offensive lineman Trent Brown and safety Lamarcus Joyner. Although they were one of the worst teams in the league last year, the Raiders look like they’re finally getting some talent.

Prior to the OBJ trade the Giants also let go of longtime safety Landon Collins, who the organization let walk away without a contract. The Giants watched him drive over to Landover, MD and sign a six-year contract worth $84 million with the Washington Redskins. Collins will now be playing against his former team two times a season from now on.

After signing the deal, Collins has now become the highest-paid safety in the NFL. While the Giants watched a star defensive player walk away, the Philadelphia Eagles swallowed a tough pill when former Super Bowl MVP Nick Foles inked a deal with the Jacksonville Jaguars. The quarterback who had pondered retirement a few seasons ago has now signed a four-year contract worth $88 million.

While the Giants seemed to dip a little lower in the NFL’s power rankings, the other New York team came prepared to write their signatures on a few checks. The Jets took the liberty of signing former Redskins slot receiver Jamison Crowder to a three-year, $28.5 million deal.

The Le’Veon Bell Saga—or drama, as some might call it—came to an end when Bell signed to a four-year contract to the Jets for $52.5 million with $35 million guaranteed, and the possibility to go up as high as $61 million with incentives. Bell, who sat out the entirety of the last season will have some of the freshest legs this season.

Along with improving their offense, New York was also able to add former Baltimore Ravens inside linebacker C.J. Mosley. Mosley was one of the most sought after free agents due to his youth, consistency and coverage skills. The four-time Pro Bowler will now be spending the next five seasons with the Jets and earning $85 million. Although reports indicated that New York was also expected to sign Vikings linebacker Anthony Barr, New York lost out after Barr decided to go back to Minnesota.

As if the madness couldn’t get any more maddening, Earl Thomas (former Seahawk) and Mark Ingram (former Saint) both found homes in Baltimore yesterday. As of today, the last of the big news to come from the NFL seems to have ended in Kansas City—where the Chiefs released their safety of nine years, Eric Berry.

The NFL is truly a year-round sport that features just as much excitement through social media accounts in March as it does in stadiums during September. There are still countless free agents looking for their next team and it’s only a matter of time before another big-time contract is handed out to another player.