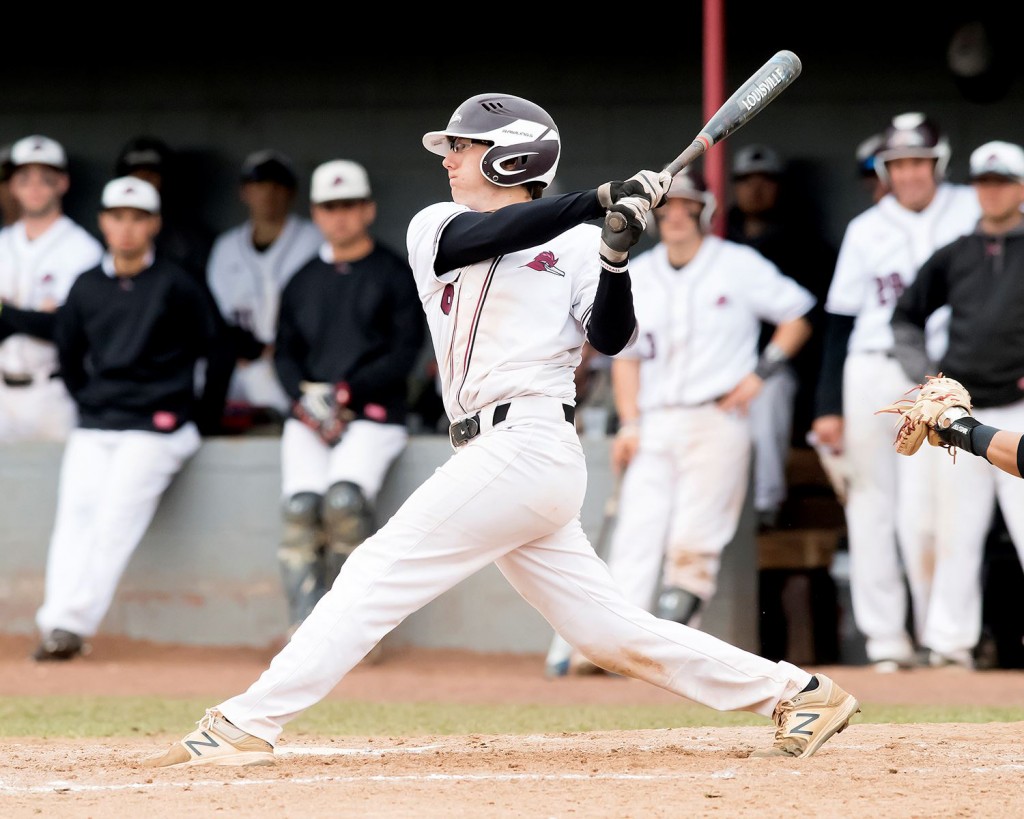 The Ramapo College men’s baseball team is off to an amazing start, as they opened their 2019 season with a shutout victory against St. Joseph’s College – Brooklyn, 8-0.

The game took place at Caven Field, Jersey City last Saturday, March 9, on a cold and windy afternoon. The face-off was originally scheduled to be a double header, but the second game was called due to darkness in the second inning. The non-conference win allowed Ramapo’s record to stand at 1-0.

The first inning was an easy three up, three down dilemma for Ramapo, with two field plays and a strikeout for junior starting pitcher CJ Growney. In the bottom of the first inning, the first three batters were walked, loading the bases with no outs.

Junior Jake Gursaly recorded an RBI with a fielder’s choice to shortstop, which allowed senior Nick Cuba to cross the plate for the first run of the game, 1-0.

No runs were tallied for either team in the second and third innings. Ramapo had a quick up at bat with three caught pop flies in a row to close the second inning. Five batters saw the bottom of the third, but the farthest base reached was second.

Ramapo added another run to the board in the fourth inning, after junior Kyle Buser walked, stole two bases and was then driven home by senior Liam Duffy with an RBI double down the left field line. The score stood at 2-0 headed into the fifth.

Senior pinch-hitter Nick Camilleri proved himself in the bottom of the fifth when he contributed a double down the left field line with one man on base. Senior Vincenzo Sita was able to cross the plate on the play just further advancing Ramapo to a 3-0 lead.

The sixth inning was by far the most exciting, as the Roadrunners tacked on five more runs to stretch their lead 8-0. Junior Justin Grippo started Ramapo’s mini streak by getting on base with a bunt single and only one out. Duffy and Cuba followed Grippo by drilling back-to-back singles to left field, and advancing Grippo to third base, loading the bases.

Two walks and two runs later, the bases were still loaded and the players were eager to come around home plate. Gursaly came to the batter’s box just in time, hitting a three-times RBI single to deep center field and bringing all of the Roadrunners around the diamond. Ramapo was now up 8-0 with only one more inning to go.

Senior pitcher Kyle Haag worked the final inning by recording three strikeouts after only facing three batters. Ramapo had officially opened their season with an 8-0 shutout.

For the game, Ramapo tallied a total of six hits, two put out by Duffy who also scored one run and tallied one RBI. The remaining hits were posted by Cuba, Camilleri, Gursaly, and Grippo, each with one apiece.

Growney pitched an amazing game, with only four hits against him and six strikeouts in a complete six innings. Haag closed the game by striking out every batter he faced.

The Ramapo College men’s baseball team will play their second game of the season on Saturday March 16.

The Roadrunners are traveling down to the RussMatt Invitational Tournament in Kissimmee, FL where they will first meet No. 13 Concordia University – Chicago. Ramapo will remain in the tournament the rest of the week, as they have nine games in seven days during spring break.