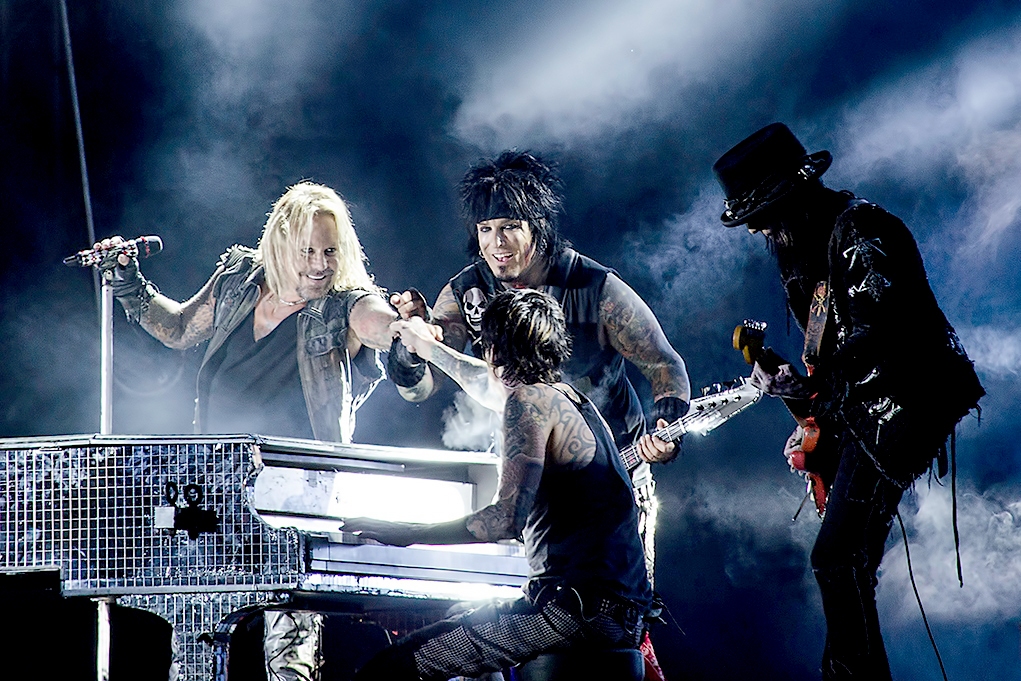 After the huge financial and, for some reason, critical success of “Bohemian Rhapsody” it seems like everybody in Hollywood wants to make a musical biopic now. “The Dirt,” which covers the turbulent lives of Mötley Crüe, is the first example of what looks like to be the first of many rushed projects to capitalize on an expanding market.

Even though this movie has been in production for a decade, it manages to present a decently fun experience. Yet, it does not escape the basic structure many musical biopics have, and that ruins a lot of great moments that happen in it.

The direction and editing are fast-paced and go well with the seemingly insane lifestyle this movie presents, but this also causes the film to be choppy. Since the film has to fit in years of the band’s existence into a two-hour runtime, it also faces a lot of time skips and underdeveloped storylines.

The adaptation of the book that was written by the Mötley Crüe members is mostly successful; the only issue being that it skips some important life experiences for every band member, as well as some crazy and legendary stunts they pulled during their prime.

It shows some troubling periods in the band’s lifetime, but it often hesitates to fully explore the most difficult and repulsive parts, controversially rendering this band as mellow.

The acting is a great aspect of this movie with some surprisingly good performances mainly by Colson Baker – also known as Machine Gun Kelly – who almost perfectly captures the childlike and chaotic essence of the band’s drummer, Tommy Lee.

Iwan Rheon also does a fantastic job at performing the tragic persona of Mick Mars, the band’s guitarist, even though he was given minimal material because of the shortening of the story, making it even more impressive.

Douglas Booth and Daniel Webber, who perform the bassist Nikki Sixx and the lead singer Vince Neil, both have more prominent roles and storylines to explore. Thankfully, both of them do a marvelous job in leading the cast, offering wonderfully complex performances and keeping the audience engaged with their acting when the script alone fails to.

Despite drawing material from the band’s autobiography, the film still succeeds in presenting some fantastically insane scenes and snippets of their lives, and watching those scenes develop is extremely entertaining. The problem with that, and with almost every other aspect of the film, is that it never fully succeeds in the things it aims to achieve, making the majority of the project mediocre.

Overall, this film is a fun and enjoyable experience, but anybody who is looking for an in-depth analysis of the troubled glam metal lifestyle will be disappointed by the simplicity that “The Dirt” depicts. Viewers can only hope that future projects joining the musical biopic bandwagon try to create something that would do justice to the lives centered by these performances.